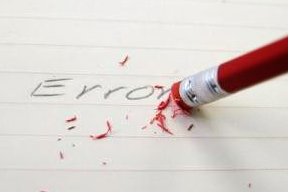 The recent Supreme Court’s judgment in Marley -v- Rawlings has widened the definition of what constitutes a ‘clerical error’ in Wills and even what a Will actually is. This may have caused a stir in legal circles but it could too have ramifications for the charity sector.

The Marley -v- Rawlings case, where Mr and Mrs Rawlings signed each others’ Wills in error, resulted in a very lengthy court battle.  The High Court held that Mr Rawlings’ Will could not be rectified as it did not constitute a valid Will. This was upheld by the Court of Appeal, claiming the mistake did not constitute a ‘clerical error’ under S20 Administration of Justice Act 1982, and could therefore not be rectified. But finally, earlier this year, the Supreme Court overturned the Court of Appeal’s decision and held that the Will could constitute a valid Will and the error could constitute a ‘clerical error’ thereby the court could amend the Will and carry out Mr Rawlings’ intentions.

So what does this mean for charities?

Previously claims to rectify a Will were limited to Wills containing typographical errors or mistakes by the drafter. The court allowed rectification of Wills only in strict circumstances. By expanding the interpretation of the definition of ‘clerical error’ – such as the signing of someone else’s Will – charities,  which depend heavily on their legacy income, may be concerned that this decision will result in an  increase in unwarranted and unsubstantiated claims for rectification of Wills from aggrieved relatives.

Charities may also be concerned that in upholding a Will signed by the wrong person, the court’s lenient approach may result in aggrieved relatives asking the Court to uphold Wills which are not valid, thus depriving charities of their inheritance under previously correctly executed Wills.

The last thing Charities want is for a Will to be challenged with the risk of it being deemed invalid. Unless there is a previous Will under which they inherit they will not inherit under intestacy. However, there are signs that the Marley case may have set a precedent in the Court taking a more common sense approach when interpreting the intention behind a Will to try and maintain the validity of a non-compliant Will.  This can only be a welcome move by Charities.

For example, the Marley case was recently referred to in a case Gardner Leader acted in, Brooke V Purton & ORS (2014) where the trust within a Will had been incorrectly drafted by another law firm and the assets were unable to pass into the trust. In this case, the Court referred to the Marley case and even though the Judge did not need to rectify the Will, as he achieved the desired result through construction, he confirmed that had construction not been available to him he would have rectified using the Marley rule.

Whilst these cases are working in favour of Charities, further test cases will undoubtedly follow. It is doubtful whether the Court will assist in upholding invalid Wills in every situation unless it appears to comply with evidence of the testator’s original intention.

Rather, it is hoped that the Court will carry on adopting a common sense approach to try to uphold the testator’s original intentions in situations where it is clearly unfair to allow them to fail.

Legacy officers and managers can take some comfort in this widening interpretation of the law around clerical errors in Wills, but they should not become too complacent. The definition of what constitutes a clerical error is still a grey area and the Courts will continue to consider each case on its merits.