Gardner Leader SolicitorsFraud is Real – Deal With It

Fraud is Real – Deal With It 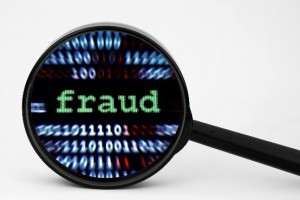 David Barrowclough, a Cambridge Don of Ely in Cambridgeshire, was recently found guilty of fraudulently claiming £236,000 from the Heritage Lottery Fund over an eight year period in relation to excavation projects that never happened.

He was sentenced at Huntingdon Crown Court on the 24 September 2015 to six years in prison. The fraud was discovered when a letter to him was accidentally sent to the Ely Museum, where Barrowclough was a trustee, and opened by a curator.

A recent judgment, yet his prosecution highlights an old but growing problem.

According to the Centre for Counter Fraud Studies and the accountancy firm BDO, fraud is costing the UK charity sector £1.65bn a year.  As some cases are likely to go unreported or undetected, the real figure is probably even higher.

“Many charities and other not-for-profit organisations operate on a shoestring budget, so it can be difficult for them to allocate extra resources to improving counter-fraud measures,” said Jim Gee, director of counter-fraud services at BDO.

However, it is also said that improved measures could save about 40 per cent of the amount lost.

Charities may find it hard discussing fraud, perhaps because they believe in doing so it suggests a lack of trust in their volunteers. It is however very important that trustees discharge their duty to challenge fraud by clearly communicating the message that it is a criminal offence and will not be tolerated within the charity. Having clear policies in place, which should include what the charity deems to be fraud, how the charity will detect it, and how it will respond to it, will mean you are doing all you can to minimise fraud within your charity.

A good starting point is to ask why fraud can happen in the first place.

Charities can be more vulnerable if they are funded through cash donations, which can be more difficult to trace and manage, particularly if they rely on volunteers and goodwill. If temporary employees are used, especially in the finance department, are they are vetted sufficiently? Recently insurers have reported a significant rise in the number of employee/volunteer theft related claims. Charities should always take time to properly go through CVs, making sure all information is accurate and true, and contact all references provided.

The board should be seen by everyone to be leading from the front. Senior members should not abdicate the task of carrying out fraud risk assessments, including both prevention and detection methods. Prevention can include clear training. An accepted understanding of roles within the charity is also very important.  Detection could involve monitoring the authorisation process. For instance who has the authority to bank funds and make purchases? Occasional spot-checks on cheques and invoices are a good fraud deterrent.

No one should consider themselves above the law.  Therefore even those in senior positions need to be subject to checks. A high percentage of charity fraud is carried out by those who understand system weaknesses best, and these are often people in management positions. The case of David Barrowclough is sadly a good example of this. Does your charity have a sign off process? Does your financial processes require countersigning at certain stages? If not it can help to prevent would-be fraudsters taking advantage of your charity.

Having a policy in place regarding whistleblowing within your charity is a very good step to take. Fraud is detected largely through others raising voices of concern, just as we saw in the Barrowclough case. Make sure that employees have guidance and clear procedures to follow regarding who they can talk to in strict confidence.

Finally it is a good idea to have an ‘action plan’ in place for how to deal with fraud if it arises. This means thinking about how you would report fraud to the Charity Commission, Action Fraud and, of course, the police.

Fraud not only robs charities of desperately needed funds but it also destroys hard earned reputations and team morale overnight.  Whilst we may never be able to remove the blight of fraud entirely, with well thought out processes in place you can preserve your charities resources and ensure the money raised for good causes gets spent on the needy, and not by the greedy.