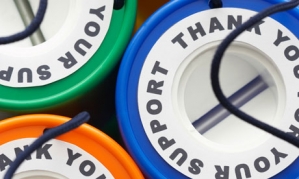 A recent update by HMRC, which will provide both confidence and encouragement to UK charities, confirms that tax reliefs claimed by both charities and individuals making a charitable donation have increased by 10% from the year 2012/13. HMRC’s statistics show that the largest contributors to charitable tax relief were Business Rate Relief (at £1,630m) and Gift Aid (at £1,110m).

Businesses and other occupiers of non-domestic properties pay business rates to assist with the cost of services provided by Local Authorities. Under current legislation charities are entitled to mandatory rate relief from business rates on any non-domestic property that is wholly or mainly used for charitable purposes. This relief is currently set at 80% of the bill although local authorities do have discretion to provide further relief.

Most income and gains received by charities are exempt from both Income and Corporation Tax, provided that the money is solely used for charitable purposes. Charities can benefit from a further exemption and claim the basic rate tax back from HMRC on any income that has been received through Gift Aid donations from individuals. This is provided that this income is used solely for charitable purposes.

Gift Aid is effectively an income tax relief on donations and remains the most widely known tax relief available to charities. HMRC have confirmed that total projected repayments under the Gift Aid scheme have increased by 5% when compared to 2012/13. Together with Gift Aid, Higher Rate Tax Relief is often seen as the other most striking relief available to charity sector. HMRC have reported that the projected total Higher Rate Relief would represent an increase of 6% on the 2012/13 total.

As well as charities reclaiming tax repayments (on donations) and on expenditure, individuals can claim tax relief when making a gift to a charity. These include relief on Inheritance Tax, Payroll Giving (where donations are made from untaxed income), relief on gifts of shares and property, and Higher Rate Tax relief.

Inheritance tax is usually paid at a rate of 40% on an estate which exceeds the current tax threshold of £325,000. There are exceptions to this rule, exception being that gifts made to a qualifying charity (either during someone’s lifetime or in their Will) will be exempt from Inheritance Tax.

In conclusion, the benefits to charities in ensuring that they are pursuing all possible tax relief available to them are obvious. The more money which can be retained by a charity, the more valuable causes that money can be put towards helping. I strongly advise charities to ensure that they are indeed receiving all the various reliefs they are entitled to. It is however very encouraging to see that tax relief for UK charities is on the increase and is predicted to continue to do so over the next year.