Undue influence occurs when a person is pressured into acting other than by their own free will. The result of this may be that a person making a will (referred to as the testator) does not express their own last wishes in their will, but rather those of another person. The bar for proving a claim of undue influence is exceptionally high. For a challenge to a will to succeed on this basis, the person challenging the will must be able to prove that the influence exercised over the testator was such that it overpowered the testator’s discretion to make their own decisions and that there is no other explanation for the contents of their will.

The level of proof required in order to prove a claim of undue influence may be problematic, as the act of undue influence will often be a secretive one in nature. This has recently been highlighted by the Law Commission of England and Wales. The Law Commission is an independent body whose role it is to keep the law under review and recommend reforms when necessary. In July 2017, the Law Commission acknowledged the issues surrounding this area and published proposals for reforming the law of wills. A key concern addressed was whether the current law goes far enough to protect the vulnerable. As the UK expects dementia levels to rise to over 1 million by 2025, undue influence is an area of increasing concern. The Law Commission has proposed creating ‘a statutory doctrine of testamentary undue influence.’ It suggests two possible doctrines; structured or discretionary.

Under the structured approach, a presumption of undue influence would be raised if there is a relationship of influence between the testator and the recipient of a gift left in their will (such as a medical adviser or a carer) and the relevant gift creates concern. When deciding whether the gift is a cause for concern, the courts would consider the recipient’s conduct in relation to the testator’s decision and the relevant circumstances. Under the discretionary approach, the courts could presume undue influence simply if they are satisfied that it is just to do so. They would still consider the above criteria, but this approach has much more flexibility.

The Law Commission now faces the decision as to whether the burden of proof should remain high and deter many cases from being brought, or whether it should be lowered to protect the vulnerable but risk superfluous cases reaching the courts. It seems clear that the priority should be to ensure that the law does all it can to protect those in a vulnerable position and ensure their last wishes are their own. Any issues that stem from lowering the burden of proof should be secondary to the protection of the vulnerable. The consultation closed on 10 November 2017 and responses are now being analysed, so it will soon be seen whether the Law Commission is in agreement with this view. 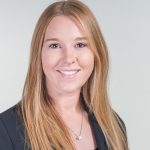