Gardner Leader SolicitorsBrexit and the choice of jurisdiction

Brexit and the choice of jurisdiction

Brexit or not, when negotiating a contract cross-borders it is always important to be sure that if worst comes to worst, all parties will know in what jurisdiction the contract will be assessed. The United Kingdom’s current framework for how these jurisdiction clauses operate is set to change following its departure from the European Union.

The Brussels (Recast) Agreement and the Lugano Convention

Currently, jurisdiction clauses are governed under the Brussels (Recast) Regulation. Entering into force in 2015, it ensures straightforward reciprocity of judgement clauses across the European Union. While the United Kingdom will however no longer be privy to these regulations following its exit from the European Union, it has signalled its intention to enter into the Brussels (Recast) Regulation’s forefather: the Lugano Convention 2007.

Despite signalling their intention to do so, the United Kingdom is yet to meet all the requirements necessary to enter into the Lugano Convention from 1 January 2021. While it could very well re-enter it in the future, at present, it would appear not to apply from January 2021.

The Lugano Convention provides for a broadly similar regime as Brussels (Recast) Regulation for jurisdiction in civil matters across the European Union, but has some notable differences – the most prominent of these is the so-called “Italian torpedo”. If an action on a matter is brought in multiple jurisdictions, the Lugano Convention prioritises the jurisdiction where the action first initiated by requiring all other subsequent courts to pause proceedings until the first action is concluded – regardless of whether this first court is the one which is provided for in the exclusive jurisdiction clause.

For example, one of our clients (based in England) recently entered into a contract with a French supplier. If there was a dispute under the Lugano Convention, even though there was an exclusive jurisdiction clause favouring the English courts, the supplier could frustrate proceedings by first bringing action in the French courts. While the French courts would eventually declare that they were not the proper jurisdiction for the action, the English courts must stay proceedings until the French courts conclude this.

The Hague Convention and the common law

These excluded provisions outside of the scope of the Hague Convention are likely to continue therefore to follow the traditional common law approach. This is perhaps a glimmer of positivity for English-domiciled businesses with judicial murmurings that the situation could lead to a renaissance in the famously excessive common law rules of jurisdiction. These rules have continued for parties domiciled in states outside of those which are privy to the Lugano Convention, but now they will once again being applicable to parties domiciled in European Union member states – including the maligned anti-suit injunction.

Practical steps on how to prepare

There are still a number of ways this uncertainty can be reduced, regardless of the outcome of the ongoing negotiations.

Provisions relating to arbitration will continue to be respected thanks to the Convention on the Recognition and Enforcement of Foreign Arbitral Awards (or the New York Convention if you are short on time). London is too likely to remain a centre for such alternative dispute resolution.

The importance of these clauses cannot be understated. Even if you do not think there is an issue or you believe that raising it will just cause dispute, it is vital to establish this prior to entering into the agreement.

Most of the uncertainty stems from provisions which do not arrange for an exclusive jurisdiction. If this suits your circumstances, then this simple provision can add a significant amount of certainty to an otherwise fickle situation.

Legal advisors qualified in the respective local jurisdiction will be able to provide you with tailored advice on your individual circumstances. Knowing this ahead of entering into the contract can be extremely beneficial. 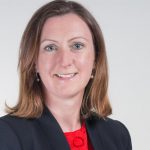