Gardner Leader SolicitorsThe Cautionary Tale of a Prince with No Will

The Cautionary Tale of a Prince with No Will

The uncertainty that can be caused by the decision not to write a will has been highlighted recently by the untimely death of Prince. The prominent musician died without children, his only close family members being one full-sister and five-half siblings.

If it is established that there was in fact no will, then Prince would have died intestate. Under the law of Minneapolis, Prince’s estimated $300 million estate would in fact be shared equally by his one full-sibling and 5 half-siblings.

Prince’s case is truly unique due to the scale of his wealth, nevertheless a court order was required before Bremer Trust Wealth Management were appointed to manage the musician’s estate.

The Rules of Intestacy in the United Kingdom differ and are governed primarily by the Administration of Estates Act 1925. Had Prince died subject to English law, as he had no spouse, children or parents, the full sibling would have been entitled to the whole estate.

In England, a grant of letters of administration, as opposed to a grant of probate is required in order for someone to be able to dispose of the intestate’s estate where there is no will. A lack of will can lead to further complications as to where such powers vest as no provision has been made in terms of an executor being appointed.

Rule 22 of the Non-Contentious Probate Rules 1987 sets out the order of priority of those who can act as the personal representative. The rules revolve around the idea of who has the greatest entitlement to the estate. If that individual does not apply for the letters, the next becomes entitled according to the following order of priority:

Of course it is up to the individual in question as to whether they wish to formalise their testamentary intentions by way of making a will. Admittedly the case of Prince is a unique example of the consequences of not doing so. Media reports suggest that there are hundreds of individuals now seeking to claim that they are Prince’s sibling or half-sibling!

Closer to home, our own intestacy rules provide some certainty as to who can apply administration and who is ultimately entitled under the Intestacy Rules. However, a valid will prevents the need for an individual to navigate through what can be quite complicated rules due to the fact-sensitive nature of each matter.

The impact of an individual dying intestate in respect of charities is obvious – they are not included in the intestacy ‘family tree’. It is notable from reviews of many individual’s bank account following their death that most were a supporter of one or more charitable causes during their lifetime. By not preparing a will, they lost the opportunity to continue to support those causes after they are gone.

Therefore, writing a will not only ensures that an individual can decide whom their estate goes to but also who is responsible for administering their estate, removing unwelcome uncertainty at a time when family members are grieving the loss of loved ones. 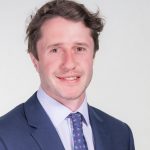