Effective altruism is a scientific approach to making ethical decision. It looks at the evidence available and uses logical reasoning to decide which approach to take. Effective altruism uses this methodology on a broad scale in order to reduce suffering, which is expanded upon in Stephanie Minte’s recent article. It looks at a source of suffering, takes the whole world and makes a valuation based on the scale, the solvability of the suffering and how many people, or charities, are currently working on a solution. Logically if you were to put all our resources into one area of suffering (for example extreme poverty) that could be solved before moving onto the next one. Of course, this oversimplifies suffering and the many interlocking features that contribute towards it, but this is the general idea in a nutshell.

One of the easiest ways to contribute and make a difference is by donating to charity. But which charity?

If there is no emotional connection it can be a mind field. In order to maximise the impact or good your money does, you can implement some effective altruism principles by using evidence to find a charity that puts most, if not all, their resources into their charitable goal, for example to end animal suffering, or improving education. This way you know your money is being used to end that suffering.

Finding this information, however, is very difficult. Charities rely on the public’s trust and, when betrayed, the consequences can be severe. Charities need to be transparent in their costs and current practises.  Those that do, such as The Miriam Dean Fund, usually have positive feedback that this is one of the main reasons people give to those charities. Coincidently these are usually the smaller charities. This poses a dilemma between balancing the scale of the charity, the amount they can do and value of that good work in monetary terms.

People are becoming more mindful with their money, which includes charitable giving.

Donors are researching more into charities’ financial structures. As such, those charities that are likely to thrive are those that produce that information. This in turn is likely to produce a more efficient charity, as they are more accountable for their expenditure. This knock on effect will mean the charity will be able to do more good and reduce suffering. There are websites like GiveWell that try to gather this information, as it is not easy available.

The information that is gathered and then compared is also problematic as each charity works differently. For example you may have a charity that has minimal administrative costs that flies in doctors into remote villages, they stay there for a week or so and then leave again. Compare this to a charity that places doctors in villages for months, or years, at a time. The doctors teach the local community and, arguably, have a greater long term impact. This structure may increase the charities administrative cost however in both cases almost all of the money is going towards their charitable goal. The two examples used here have similar goals, but different methods. When comparing information collected you might think you should go for charity number one, as their administrative costs are lower, and therefore you would assume more effective, but charity number two might on balance be the better choice, even though the administrative costs are higher. Comparing charities is a difficult and delicate art and greatly depends upon your individual ethics and preferences; it is hard to see how websites can do the work for you. Charities’ financial structures will also change over time so once you have done the research, everything might change the next time you wish to donate.

This extends beyond charities and into other consumer based business, such as clothes shops.

As a generation looks to spend their money more ethically, they are more likely to spend with a company that is transparent with an ethical production line. Websites like Good on You help by doing much of the investigative work themselves.  In doing so people who are looking to reduce suffering in the world, can do so by consuming products made by these companies, as oppose to those who are less than transparent about working conditions for example. The same is true for charities.

Whilst there has been a rise in websites ‘rating’ these companies and charities, you then put your trust in the websites and their methods of research. One thing can be taken from this, donors and consumers want and use this information and it is an influencing factor in where they put their money. If companies and charities were more transparent, donations and sales would increase. Donors and consumers are starting to change and if charities and business do not change with them, they could be left behind.

Effective altruism could be criticised as being too rational. Charities rely on emotional connections and the good will of the public for donations, not rationality. However if they can expand their model to also align with a logical argument there would be less ethical dilemmas over which charity to choose, and whether there is even any point giving to charity. This would increase their reach and enable them to have a greater impact. 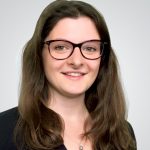