Big news for heterosexual couples who don’t want to get married – the law is about to change to allow you to apply for a civil partnership. It’s been a while coming, but one of the last areas of inequality in the world of formally recognised partnerships is about to be rectified.

The choice to opt for a civil partnership rather than marriage has been closed to heterosexual couples ever since civil partnerships were introduced in 2004, when the Civil Partnership Act stated that only same-sex couples were entitled to apply.

A couple of landmark cases in recent months have challenged that, and on 2 October 2018, the Prime Minister announced that heterosexual couples would now have the same entitlement as same-sex couples to apply for a civil partnership.

Is there a demand for civil partnerships?

Currently, there are approximately 3.3 million unmarried couples in the UK. These couples live together, have children together, and share financial responsibilities. However, because they are not legally ‘married’, they don’t have the same financial protection as a married couple. With a civil partnership, these couples would now have the same legal treatment for a whole range of issues, including inheritance issues, tax breaks and pensions.

Since 2004, heterosexual couples have been pushing for the same rights as same-sex couples when it comes to civil partnerships. Things reached a head this year when campaigners Rebecca Steinfeld and Charles Keidan said that the law as it stands breaches the human rights of heterosexual couples. In June this year, the Supreme Court agreed, and now the government has accepted that they will need to carry out a root-and-branch amendment of the current law. One exception however is for siblings who live together, who will still not be given the same degree of financial and legal protection; despite Conservative MP Edward Leigh’s tweets.

As religious organisations see declining numbers of churchgoers, the UK is becoming more of a secular society than ever before. The option to have a formal partnership that does not require the church to recognise it sits well with couples who have no interest in getting married in a church, or who have moral objections to the concept of ‘marriage’. So yes, the demand is certainly there.

Ask almost any unmarried couple who have been together for a long time if their partnership is recognised as a ‘common law’ partnership, and many would say yes. However, common law marriage is a myth, at least in the UK.  While common law itself is an intrinsic part of British law, it certainly has no legal relevance to partnerships, and while the term ‘common law wife’ may have been widely used for years, it’s actually meaningless and has absolutely no basis in law. Up until the most recent announcement by Theresa May, you were either married, or you weren’t.

The new law, though, will not automatically offer protection for co-habiting couples who do not choose to formalise things in a civil partnership. Those who simply and for whatever reason decide to carry on ‘just living together’ will be in exactly the same position as they were before, with little or no financial or legal surety or protection, regardless of whether or not they have children. Parental Responsibility is still only given automatically to the mother (father’s need to be named on the Birth Certificate or ‘marry’ the mother), and the relatives of a partner are still well within their rights to challenge any will that names the unmarried partner as the sole or main beneficiary.

So opting for a civil partnership is a good idea if you want to formalise your relationship, protect your assets, or even just ‘tie the knot’ without a church or registry office ceremony. While consideration will, of course, need to be given to the technical details across both family and pension law, the infrastructure should be relatively easy to put into place. The hope is that civil partnerships for heterosexual couples will be on the books by the middle of next year and we will certainly be keeping our eyes peeled for sight of the new legislation.

If you’re unsure about your rights as a couple, whether you’re married, in a same-sex civil partnership, or co-habiting, talk to a family law expert who will be able to advise you on your status. 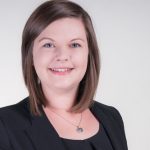