Gardner Leader SolicitorsTo Claim or not to Claim, that is the question

To Claim or not to Claim, that is the question

Like most of us, Shakespeare put off making a will until the very last moment. A man always primed to putting pen to paper did not seemed so motivated when it came to finalising his own affairs. His will was hastily pulled together by his lawyer around a month before his demise, 400 years ago this month.

Shakespeare left a large amount of money for his two daughters Susanna and Judith, his sister, Joan Hart and his three nephews but what of his surviving spouse, Anne Hathaway, and how does this compare to what someone might expect today? Today many surviving spouses and unmarried partners find themselves in a similar position where they have been left either very little or nothing at all in their loved ones will.

The only place his wife is specifically mentioned in the will is where he leaves her his second best bed. Some observers have seen that as a lack of affection or a kind of contempt. However it is likely to have been quite the opposite. It was customary for wealthy people to keep a guestroom with the best bed in the house in it. The second best bed was where he and his wife would have slept together, where their children were born, and where Shakespeare was very soon to die. In some ways it may have been a treasured possession, valued more by Anne than you may initially have thought. However, she was left a bed but no home, so how did the law help her?

Anne had the benefit of the English Common Law of the time and she was entitled to one third of his estate and the use of the matrimonial home for life. Contrary to what some people still think, the Common Law does not operate in the same way today. Luckily Parliament has, however, provided some provision, in similar circumstances for contesting a will considered to be unfair. Given similar circumstances today where a surviving spouse (like Anne) was left the equivalent of a dusty old bed it may be possible to bring a claim for reasonable financial provision under the Inheritance (Provision for Family and Dependants) Act 1975.  Much depends on the facts of each case, and the aim of the legislation is to apply fairness to the will in all the circumstances. Mirroring many of Shakespeare’s own plays, a happy ending to every legal endeavor is not always achieved so it is of course always best to seek advice from a specialist as soon as possible so you know what twists and turns may lie ahead. 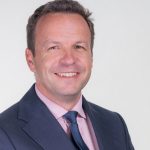