Cohabiting couples risk losing everything if their relationship breaks down

As a family lawyer in Berkshire, I regularly work with couples whose relationships have, sadly, broken down. Increasingly these couples are cohabiting – living together but unmarried. They are the fastest growing family type, with recent figures showing there are over 3.4m cohabiting couples in the UK. This has increased 25.8% over the decade 2008 to 2018.

Unfortunately, as well as being the fastest growing family type, couples in cohabiting relationships are amongst the most vulnerable in the event of relationship breakdown. Despite the commonly held myth, there is no such thing as a ‘common law marriage,’ and these couples have little or no legal protection should they separate.  Under the current law it’s possible to live with someone for decades – even to have children together – and then simply walk away without taking any responsibility for their partner.  Yet a large number of unmarried couples we work with at Gardner Leader mistakenly believe that they acquire “common law” rights after living with their partner for a certain amount of time or having children together. I regularly meet people who have been affected in this way, and because of the lack of legal protection, there are times when I simply can’t help them

This week is Cohabitation Awareness Week which aims to raise awareness about the lack of rights that exist for unmarried couples who live together but do not marry.

As part of our national Cohabitation Awareness Week, Resolution – the family justice organisation I and the rest of the family team at Gardner Leader belong to – has joined with a range of organisations in calling for legal protection for these increasing numbers of people in the event of separation.

However, until the law changes, cohabiting couples need to be aware of their lack of rights, and consider taking measures to protect themselves in case their relationship breaks down. One such measure is a cohabitation agreement, a document that sets out what will happen to finances and property if the worst happens. A cohabitation agreement can help protect both partners if they separate and couples could also think about life insurance. By setting out your intentions in these documents, you’ll be in a much better situation if the unexpected happens.  It’s likely the number of cohabiting couples will continue to grow in future, and that more people will be affected by these issues. This is why I would urge all cohabiting couples to consider their legal situation, and take the steps to better protect themselves in the future.

At the very least, people cohabiting should find out about their rights – or lack of them – if they end up separating. More information is available on the Resolution website. 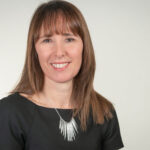