Most of us, at one time or another, have enjoyed the luxuries of overpriced beer and expensive sandwiches whilst killing time in the terminal waiting to be told to board a delayed flight. The Flight Compensation Regulation (EC) No 261/2004 is a regulation of EU law which governs the compensation payable to passengers affected by flight delays, cancellations and denied boarding. This blog will review the High Court’s ruling in the case of Bott & Co Solicitors Limited v Ryanair DAC [2018] EWHC 534 (Ch).

Bott & Co Solicitors Limited (“Bott”), a claims management company, brought the claim as a result of Ryanair DAC (“Ryanair”) choosing to communicate and pay compensation directly to Bott’s clients, thus not allowing Bott the opportunity to deduct their fees before transferring the remaining compensation to their clients. The issues are in dispute were outlined at paragraph 55 of Mr Justice Murray’s judgement, they were as follows:

An additional issue to be resolved was whether Article 15.2 of Ryanair’s General Terms and Conditions of Carriage (“GTCC”), which states that customers will dealt with directly in relation to flight disruption claims, is an unfair contractual term (“the Article 15.2 Issue”). Bott alleged that it restricts the circumstances in which a passenger is entitled to use a third party to assist with their flight compensation claim and limits the way compensation will be paid.

Points 1 to 3 were all given the same answer by the Judge: no. Firstly, Ryanair is not a firm of solicitors, whilst they do have in house solicitors they do not get involved in the magnitude of flight delay compensation claims they receive, that is, of course, until they become litigious. As such, the compensation claims are not dealt with by legal professionals which means there is no obligation upon Ryanair to refrain from communicating directly with Bott’s clients until proceedings are issued.

The Direct Payment Issue and the Indemnity Issue were rejected on the basis that the work performed by Bott was merely a formality. A passenger is either entitled to compensation or they are not, the Court identified that the only real element of judgement involved was whether the extraordinary circumstances defence, which is effectively a consideration of whether the delay was caused by an act of god, applied, otherwise it is a straight forward process which requires no negotiation. The Court chose not to extend the protective principle set out in cases such as Khans Solicitors (a firm) v Chifuntwe and Gavin Edmondson Solicitors Limited v Havens Insurance Co Limited to instances where claims management companies are acting outside of engagement with a ’formalised scheme, sanctioned by the judiciary, for the resolution of claims that gives rise to an entitlement to fixed costs under the CPR’.

The Court also rejected that Article 15.2 of Ryanair’s GTCC was unfair within the boundaries of the Unfair Contract Terms Act 1977 and noted that no ‘significant imbalance’ existed in the parties’ rights and obligations. The scope of the procedure to claim flight compensation from Ryanair was reasonable and in the event that a dispute arose with Ryanair regarding the compensation there was no restriction on them being able to go on to exercise their right to take legal action.

What effect does this have on a passenger trying to claim flight delay compensation?

Whenever you feel you are entitled to flight delay compensation, always go through the airline’s own channels. This is likely to be much quicker and cost effective as you will not have to pay the sizeable sums charged by claims management companies and more often than not the airline will agree to pay the compensation save for exceptional circumstances.

It has been controversially announced that Ryanair is set to refuse up to 100,000 passengers’ compensation claims for cancelations and delays caused as a result of its pilots’ strikes. Ryanair allege that strike action amounts to extraordinary circumstances on the grounds that the actions are unreasonable and beyond their control. The Civil Aviation Authority has already urged Ryanair to compensate customers on the ground that where cancellation is caused by strike action of the employees, the airline is required to pay compensation, so I could well be writing a blog in the near future on the Court’s ruling with regards to strike action and exceptional circumstances. 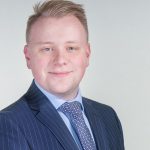