The Ministry of Justice announced plans yesterday to increase the court fee couples pay when submitting a divorce by a third. These plans would see the court fee rise from £410 to £550.

The proposal is now under consultation until 15th September 2015 at which point the government will consider the responses and decide how to proceed.

The courts minister, Shailesh Vara, has said that raising the court fee from £410 to £550 was essential “to fix the economy and bring the nation into surplus.”

The minister has indicated that the cuts are sought to ensure that wealthy individuals that can afford it will make a bigger contribution.

In reality the increase will hit the lower income families who are the most vulnerable. The government states that it will protect the most vulnerable, such as women in low income households, but the legal aid cuts have already hit the most vulnerable hugely. The impact of an extra £140 at a time when the majority of families will already be facing financial hardship in trying to create two homes will be difficult.

When explaining the proposals minister Vara acknowledged that fee increases would not be popular, but said that the courts and tribunals ‘must continue to play their part’ in the ‘national effort’ to reduce public spending, eliminate the deficit and reduce the national debt. He also claims that every pound collected from the fee increase will be spent on providing an efficient and effective system of courts and tribunals.

Yet the increased fee comes at a time when court closures are also on the cards. The changes that have already been implemented mean that London and the South East region now submit divorce petitions to the new divorce centre at Bury St Edmunds. We have been advised by that court that there is already a backlog of one month. The possible increased fee for a declining service by the courts is concerning.

It will be interesting to see what responses the government receive by 15 September 2015 and whether an increase of this level will be implemented. 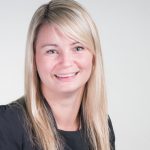