Gardner Leader SolicitorsDoes a right to use imply a right to repair?

Often in older leasehold properties, where a house has been converted into multiple flats, the original lease does not make provisions as to the use of the entire property. For example, where you have a first floor flat, the general clauses in the lease that relate to rights to use and repair only deal with the interior walls of the specific dwelling. Usually there is a lack of clarity regarding the responsibility in respect of maintenance or a right of use of the areas outside the four walls, such as an attic or a basement.

Following from the above example, let’s say a Deed of Variation was agreed to grant the tenant of the first floor flat the right to use the basement.

This would then give rise to title of the article – would this right to use imply a right to repair?

The rights and obligations of the parties will turn on an interpretation of the documentation as well as the conduct of the parties over the relevant period of time. It may be, for example, that the Deed of Variation grants a personal licence to use the basement, or it may be that in reality a lease of the basement has been created (if, in reality, the tenant has exclusive possession of the basement and that use is otherwise consistent with a lease).

In essence, a licence is simply permission for a licensee to do something on a licensor’s property. The permission given to the licensee prevents the permitted act from being a trespass. A licence is by definition not a lease: it is a personal right or permission that offers no security.

There are no implied obligations to repair that come with a licence. A licence entitles the licensee to use the land for the purpose authorised by the licence, in this case, access to the basement. Therefore, if you do anything outside this authorised consent, such as create damage or commit waste, that would presumably be in breach of ambit of the consent.

Whether the arrangement is a lease or licence depends on the facts. If, in reality, the occupation is merely a licence and not in real terms a tenancy, any repairing obligations should be on the landlord and not the tenant. If, on the other hand, the tenant has been routinely maintaining the basement, then there could be an argument to say this has become an implied term of the agreement for use.

Whether a licence fee is paid or not makes little difference however any fee expressed in terms of rent is of course more consistent with a tenancy. 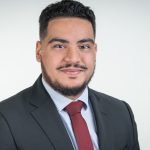