A recent preliminary hearing in the employment tribunal in Casamitjana Costa v League Against Cruel Sports found that ethical veganism is a philosophical belief’ and therefore is a protected belief under the Equality Act 2010. This means that employees will be protected from less favourable treatment because of this belief.

Although to many it may seem a rather niche and novel decision in the broad scheme of employment discrimination law, it is important for employers to be aware of its potential implications.

The law: what is a ‘philosophical belief’?

The criterion for determining a ‘philosophical belief’ are that the belief must:

The judge considered ethical veganism to fulfil all the requirements. The belief is genuinely held by the claimant, is unlikely to cause conflict with the rights of others, and is considered an ‘important moral essential’ to its followers. Philosophically, ethical veganism is rooted in the ancient Jainism concept of ahisma (meaning ‘not to injure’).

What does this mean for employers?

Rulings at the first employment tribunal level are not binding, and an appeal is unlikely as the employer did not contest this point. Therefore, employers will need to treat ethical veganism the same as they would characteristics such as age, gender, race or religion throughout the workplace and beyond to avoid claims of direct discrimination.

Employers will have to be aware of policies, procedures and other practices that may place ethical vegans at a disadvantage to others on the basis of their belief to avoid a claim for indirect discrimination. They will also have to be aware of situations that may cause an employee practising ethical veganism to feel harassed or victimised, and a review of anti-harassment policies is recommended.

Finally, it is worth noting that ‘ethical veganism’ differs from purely dietary veganism in that the vegan belief extends into all areas of a persons’ life, and this decision was based on ethical veganism alone. Previously, dietary vegetarianism was held to be a ‘lifestyle choice’ rather than a philosophical belief (Conisbee v Crossley Farms), however the present decision is not wholly unprecedented as the appeals tribunal has previously held that a belief in environmentalism constitutes a ‘philosophical belief’ (Nicholson v Grainger plc). 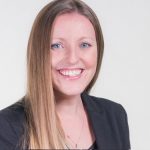