Gardner Leader SolicitorsFirst time buyers on the rise in 2014

First time buyers on the rise in 2014

The level of first-time buyers was at its highest in 2014 since the start of the UK’s latest financial crisis in 2007.

This has been accredited to cheaper mortgage rates and the Government Help to Buy scheme making it more affordable for buyers to make their move onto the property ladder. Additionally, the recent changes to stamp duty also mean that the wider costs associated with buying a house are now significantly less for most buyers. All of these factors combined means that, compared to 2007 where homeowners were spending 50% of their income on a mortgage, homeowners now on average spend 32%.

Other factors are considered to have attributed to the increasing number of first-time buyers in 2014, such as better job prospects which are thought to have boosted potential buyer confidence..
Moving into 2015, experts claim that growth will not be so rapid and house prices are expected to rise by 3-5%.

If you are looking to buy your first home under the Help to Buy scheme, Gardner Leader can help you with the legal and procedural aspects of moving house and your Help to Buy loan. Contact us today to find out more! 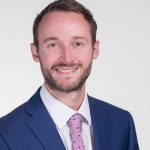