Gardner Leader SolicitorsFundraising Standards Review – How will your charity be affected?

Fundraising Standards Review – How will your charity be affected? 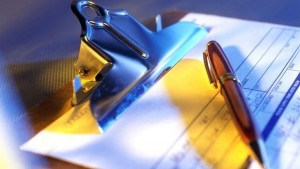 In September 2015, the result of a comprehensive review of fundraising was published by the National Council for Voluntary Organisations (the NCVO). The report recommended wide-ranging reforms to the way in which charities conduct their fundraising activities. The report has been endorsed by the Charity Commission and implementation of the proposed new regime will follow in the coming months.

The review was set up by the Minister for Civil Society to respond to widespread criticism of the fundraising practices of some charities, following media reports of their unfortunate and tragic impact. Public concern focused particularly on the use of commercial and professional fundraising agencies; but the new regime recommended by the review will apply to all fundraising activities conducted by charities big and small.

The report emphasised the role of charity trustees, who are ultimately responsible for the charity’s fundraising activities. The review found that trustees don’t always play an active role in controlling and monitoring the way in which funds are raised. Trustees must in future take a stronger lead to ensure that their charity’s fundraising activities are appropriate. This could include:

A proposed amendment to the Charities (Protection and Social investment) Bill will require trustees to make a statement in the charity’s Annual Report about its fundraising practices and how it ensures that the public (particularly vulnerable people) are protected from undue pressure. This reporting requirement will only apply to larger charities (namely those with income over £1million), although the duty to comply with good fundraising practices will apply to all charities and not-for-profit organisations.

The report recommends the establishment of a new Fundraising Regulator which will report to Parliament. At present, regulation of fundraising is governed by a mixture of old legislation, guidance from the Charity Commission and voluntary adherence to codes of practice. The new Regulator will revise the Code of Fundraising Practice and take over all regulatory responsibilities, with strengthened powers to enforce the new Code and sanction those in default (including organisations that are not registered charities such as educational establishments and fundraising bodies).

Stronger regulation of fundraising practices will no doubt be welcomed by charities and the general public. But if the regulation becomes too restrictive, it will hinder charities’ ability to raise funds. A balance must be maintained with on one hand the need to respect people’s privacy and their right not to be disturbed; and on the other hand the need for charities to ask for donations to support the vulnerable people and deserving causes that they help.