Gardner Leader SolicitorsHomeowners warned to watch out for squatters

Homeowners warned to watch out for squatters

The housing market is sluggish, prices static, and more people are staying put and renovating or extending.

But homeowners wanting to protect their property value should also invest time in checking out their boundaries and making sure they don’t have squatters.

According to Fiona Tighe, property law expert with Newbury-based firm Gardner Leader LLP : “Mention squatters and most people think of someone who has made themselves at home in an empty property.  But squatters’ rights, or adverse possession as it is known in law, can happen in all sorts of property ownership situations, including boundary disputes.  They can easily turn into a property owner’s worst nightmare and in a tougher property market, buyers are more likely to dig deeper and come across such problems.”

Adverse possession is the law’s way of barring stale claims to land and recognising lengthy possession as giving a kind of title to land. The Land Registration Act 2002 sets out the requirements and procedure for claiming what is known as possessory title.
To be successful, the person claiming must have been in possession or control of the land in question to the exclusion of the legal or paper owner for at least ten years. If the paper owner interrupts the squatter’s possession, even for a short period, the ten year period begins again.
But a recent case that went all the way to the Court of Appeal has highlighted just how far the paper owner must go to secure that interruption.
In 2002 Mr and Mrs Zarb bought a house next door to Mr and Mrs Parry.  Some years earlier a strip of garden had been sold by the Zarbs’ predecessor to the predecessors of the Parrys.  The buyers thought that the boundary was marked by a hedge on the land, but this was about 12 feet beyond the true boundary.
When the Zarbs discovered the error in 2007, they decided to take back what was they believed to be their land.  They went onto the disputed strip, removed a tree and some fencing erected by the Parrys and started to put in fence post along the actual boundary line shown in the deeds.
But they had been there for only twenty minutes when the Parrys discovered them and made them leave.  Subsequent negotiations with expert advice to agree the disputed boundary failed and the neighbours went to Court, finally ending up in the Court of Appeal, where the Zarbs tested what amounted to “interruption” of adverse possession.  They also claimed that the ten year period had not been satisfied, arguing that their predecessors had given consent for possession of the strip of land.
The Court of Appeal agreed that the true boundary was where the Zarbs thought it was, but judged that the Parrys had acquired ownership by lengthy squatting, saying that the 20 minute action by the Zarbs did not amount to interruption.  The Court ruled that interruption required the paper owner to have exclusive control of the land, even if that control only lasted a short time, which had not been satisfied in this case.
Said Fiona Tighe :  “If the Zarbs had been more careful in checking the situation when they bought the property, or in taking advice on how they could lay claim to the land, they would have stood a stronger chance of a successful outcome.
“This case highlights once again how important it is to investigate any issues over boundaries or the like.  Once matters have been aired and settled, then the outcome should be recorded in the deeds.  If things can’t be resolved amicably, then this sort of dispute is best dealt by mediation.  Going to court is a very costly and lengthy option.”
Fiona added: “If you are selling your property it is absolutely vital to be open and truthful about any boundary disputes or discrepancies. If you do not volunteer full details you might find yourself being sued for misrepresentation some years later, because if one thing is certain, it is that boundary disputes never fully die.” 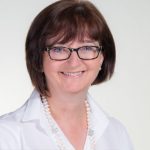