How safe is your driving?

I suspect we all think of ourselves as safe drivers but what happens when something goes wrong and the police accuse you of careless driving?

The test applied by the court will be whether the driving fell below that which would be expected of a careful and competent driver. Courts have struggled in the past to determine what this test actually means. It is generally accepted that it is quite a low threshold and many of us might be guilty on a daily basis of falling below this standard on our daily commute.

It does not take much, often just a temporary lapse of attention at a road junction, to cause an accident which may involve death or serious injury. Amongst young or inexperienced drivers the likelihood of falling foul of the legislation is much greater, particularly on roads which have become increasingly more congested. I have represented numerous clients who fairly described themselves as ‘good drivers’ but who through a lack of attention unwittingly caused a serious accident which resulted in death or serious injury. The consequences for all concerned have been very distressing and in some cases life-changing. For many it is not the immediate consequence of appearing in court, being disqualified or losing their job but the continuing sense of guilt for the damage they have done to the innocent third party and his or her family.

As a result of a number of recent cases where deaths have occurred parliament have bowed to pressure and intend to increase the sentence to a maximum of life imprisonment for careless drivers who cause a death where they are under the influence of drink or drugs . It is likely this change will be introduced next year. Quite a jump from the maximum sentence that previously existed for careless driving which was a maximum of a fine.

Life sentences will also be possible for those who cause a death as a result of speeding, racing or using their phone whilst driving. So beware of the possible outcomes if you were tempted to take that call whilst driving even if you have hands free equipment in your car.

As we move forward to a time when the driverless car becomes a reality rather than a pipe dream maybe technology will remove the opportunity for human error? Some cynics believe that in the early years at least there will be more accidents caused by the failure of the operating systems installed in the vehicle. Will there still be the opportunity or expectation that the human ‘driver’ should intervene to prevent an impending calamitous accident?

One thing is for certain, all drivers will continue to be subjected to close scrutiny of their driving habits and the courts will show less and less tolerance for offenders with the imposition of harsher sentences and longer periods of disqualification. It is perhaps a warning to us all to take more care when we are driving our cars just in case we are the one who is involved in an unfortunate but devastating road traffic accident? 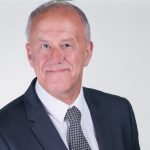