Gardner Leader SolicitorsHow to deal with insolvency procedures as a creditor

How to deal with insolvency procedures as a creditor

The effects of COVID-19 will have had an impact across all industry sectors and the hospitality and retail sectors have been hit particularly hard by the UK lockdowns that have prevailed. If you are owed money, it will be important to understand the types of insolvency procedures, the process and whether you are able to claim for outstanding debts, such as rent arrears or payment for stock.

We will focus in this article on corporate procedures. If your debtor is an individual or a partnership, there are a set of similar procedures available, but the terminology used is very different.

A compulsory winding-up order is made following the presentation of winding up petition (WUP). A WUP is often presented by creditors of the company where they are unable to gain repayment of an undisputed debt such as rent arrears.

Once the WUP is issued by the Court, the petitioning creditor(s) must then issue and serve it at the company’s registered office and there is a requirement that it be advertised at least seven days prior to the Court hearing. It is quite common that upon advertisement the company’s bank will freeze all company accounts with immediate effect.

If the company has assets, then a liquidator will be appointed to collect in all of the assets and make distributions to creditors (if there are funds). As a creditor, the likeness of recovering outstanding debts is high but this depends where you sit in the pecking order (see below on the ranking of creditors). Initially, the liquidator will normally be the official receiver, but this can be transferred to another insolvency practitioner if it looks like there will be assets to be recovered and significant payments made.

Where a company can see the writing on the wall, they may choose to put themselves into liquidation, which they can do by a resolution of the shareholders. This will then be a CVL (Creditors’ Voluntary Liquidation) and the company and creditors can select their own liquidator.

Liquidations can take many years to finalise and pay out the creditors, depending on the assets of the company and any litigation that the liquidators have to go through to recover all the assets.

Ranking of creditors in liquidation:

As a creditor, it is important to understand the ranking of creditors and where you may fall in this ‘food chain’ where a debtor is in liquidation. Each class of creditors has to be paid in full before any surplus can roll down to the next class. If there is not sufficient funds to be able to fully pay out a class, then the creditors of that class are paid in proportion to the amount owed to them (often expressed as being paid “x pence in the pound”).

The classes of creditors are:

Administrative receivers are appointed by a secured creditor as holder of a charge over company assets. An administrative receiver will take over the business and assets of the company and generally look to liquidate these in the most advantageous was for the benefit of the creditors generally, but in particular for the benefit of the creditor who appoints them.

Receiverships are generally fairly rare, as they do not tend to secure the best recovery for creditors. A company can prevent the appointment of a receiver if it appoints an administrator first.

The appointment of an administrator is intended to achieve one of three things:

When an administrator is appointed, all creditors of a company are restrained from taking any legal action against the company or continuing with any enforcement of their rights in respect of company assets (this is called a “moratorium”).

If an administrator is appointed over a company by whom you are owed money, you should check your position. An administrator can disclaim any onerous contracts that it does not need (this will not affect existing monies owed). If the administrator wishes to continue the contractual relationship with you, you should check the terms of your contract. It is often beneficial to terminate the existing arrangement (if this is allowed under your contract) and make separate arrangements with the administrator that will allow you to e.g. be paid upfront for supplies or services.

A company voluntary arrangement (CVA) is a private arrangement between creditors and the company, which is  supervised by an insolvency practitioner. It is normally entered into at the request of the company. A CVA is usually entered into with a view to rescuing a company and normally involves only paying creditors a proportion of their debts or extending the time period for payment of the debts. At least 75% of creditors by value must agree to enter into such an arrangement and, until the CVA is agreed, creditors can proceed to enforce their claims against the company.

Under Section 1 (A) of the Insolvency Act 1986, some companies can as for a moratorium on any enforcement action from creditors once they have started the process to agree a CVA, pending the outcome of the CVA proposal. This provides the company some protection from enforcement against its assets by a dissenting minority of creditors.

With CVAs, smaller creditors may find themselves dragged into a CVA without their agreement, but it will normally give more of an opportunity for a better recovery of funds than other types of insolvency action.

If you need any help or advice dealing with the impact of Covid-19 on your business, please do not hesitate to contact Emma Ladd or Lewis Harvey in our corporate commercial team. 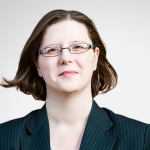