Islamic Nikkah and the law

Is my Nikkah marriage recognised as a valid marriage?

Although this is a complex and ever evolving area of the law, generally speaking the law is as follows on Nikkah marriage:

What are my rights if my Nikkah is not legally recognised?

You could choose to have civil marriage. If this is not an option, then you will be treated as cohabitees. Click here to view our article about cohabitee’s rights.

Is my Sharia divorce legally recognised?

This will largely depend on whether you had a legally recognised marriage. If your Nikkah was not legally recognised, then you were never married in the eyes of the law and therefore the validity of a Sharia divorce is a moot point.

If your Nikkah is recognised as a legally valid marriage, then again the law is broadly as follows:

I have a decree absolute/ final order, do I still need an Islamic divorce?

Depending on what school of thought you follow, there are differences in opinion regarding this. For peace of mind and certainty it is therefore best that the dissolution of the Nikkah is dealt with separately.

Although Sharia Councils have somewhat differing procedures, the core elements are the same:

If reconciliation is not possible then the Islamic divorce is either granted by:

Sharia councils are likely to be more swift in accepting that a Nikkah has ended where a decree nisi/conditional order or decree absolute/ final order has been granted as it shows the that the marriage has broken down irretrievably.

Does my husband have to pay the Mahr/ Dowry if we divorce?

Under Sharia concepts, Marriage is viewed as a contract between the two parties. As part of this contract the husband agree to pay a contractual Mahr (dowry) amount to the wife. Mahr does not have to be a monetary amount but could instead (or in addition to money) be in the form of a property, jewellery, chattels etc. Sometimes a husband may choose to pay this upon Nikkah but often this payment is only made in part or postponed until some point or event in the future. If the Mahr amount has not been paid and the parties divorce as per Sharia, then subject to the terms of the Nikkah contract and unless agreed otherwise, this amount is then a contractual sum that is due to the wife. Accordingly, the wife is then able to sue the husband for breach of contract as per the laws in England and Wales. 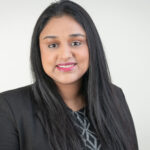