Time passes by so quickly sometimes it’s hard to keep up with everything that is happening in our own lives, let alone someone else’s, which is why it’s worth regularly taking time to review your situation and the situation of those you care for the most.

In contested probate, a claim against an estate cannot be prevented if a party has a right to make a claim but it may be possible to limit the success of one, which is why it is often advised to regularly review your will, especially when your circumstances change.

Whilst I am not advocating reviewing your Will on a weekly basis, which would be unnecessary and time consuming, it should be done when there is a change in circumstance. Some common situations include when you buy and/or sell a property, marriage, divorce, death of a family member or changes in tax laws. In these circumstances, not only are you are looking at what has changed in your own life but it is equally important to keep an eye on what is happening in the lives of your beneficiaries (the people who inherit under your Will).

In May 2016, the Court of Appeal decided the case of Randall v Randall, which concerned a decision as to whether an ex-husband had locus standi (the right or sufficient interest in the eyes of the law), to bring a claim to contest the validity of his late ex-mother-in-law’s will even though he and his wife were divorced.

The divorce settlement between the couple stated that should the ex-wife ultimately receive more than £100,000 from her mother’s estate when she died, the balance would be split equally between the couple. The mother subsequently died leaving a gift to the daughter of £100,000 only and the rest to the daughter’s children.  Before the ex-husband could challenge his ex-mother-in-law’s will, he first had to establish he had sufficient interest to bring a claim and was successful at the Court of Appeal hearing. . If the will is consequently found to be invalid for any reason the daughter would inherit £250,000, of which the ex-husband would be entitled to receive £75,000 under the terms of their divorce settlement.

Although the case did not decide the validity of the mother-in-law’s will, it is understood the ex-husband may dispute the validity of his late ex-mother-in-law’s will on the grounds that it was not duly executed in accordance with the provisions of section 9 of the Wills Act 1837.  It is hoped the deceased mother revised her will in light of the terms contained in her daughter’s divorce settlement and the ex-husband is trying his luck with a claim to further benefit from the terms of the divorce.

Although it is not usual for a relative related only by marriage to try and bring a claim against a person’s estate, will challenges in general are increasing. It is not unheard of for a will to be forged or tampered with in desperate attempts to avoid unwanted outcomes. It is often when the person has passed away that any problems relating to a will (or lack of one) come to light and are difficult to rectify at that stage, if at all. A will, when drafted, may disperse your estate as you intended  but changes in yours and your beneficiaries circumstances, may mean your will no longer has the desired effect.

The above case and the many others that come through our door each week, emphasise the need to review one’s will following a major life event. Legal advice in this respect can be invaluable. 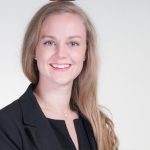