A branding challenge toppled the golden arches when a small Irish fast food company managed to block international powerhouse McDonald’s from trademarking the terms ‘Big Mac’ and ‘Mc’ throughout Europe.

The European Union Intellectual Property Office recently ruled that McDonald’s had not been able to prove genuine use of the name Big Mac as either a burger or restaurant name, and that the trademark they registered back in 1996 should be cancelled.

The decision opens the door to expansion for Galway-based Supermac, as it will be able to register its brand as a trademark in the UK and Europe.  McDonald’s had used the brand name’s similarity to Big Mac as a reason to block previous expansion outside Ireland, even though the Supermac company name had been based on the founder’s nickname when the food chain was established in 1978 and in spite of the fact it had no ‘Big Mac’ product itself.

The ruling in the case coincided with changes to UK trade mark law which came into force on 14 January 2019 which saw amendments introduced to the Trade Mark Act 1994 as a result of the new EU Trade Marks Directive 2015/2436/EU.

The Directive is focused on harmonising the law at national level across member states and offers brand owners new ways to fight counterfeiting and misuse of trade marks within company names, as well as introducing new procedures for registration, renewal and restoration.

Some of the key changes are:

When you consider the Supermac case, this demonstrates how important it is to protect your brand whatever your company size.  It is also a good example of why you need to look ahead and anticipate where your company may go in future.  If Supermac had registered their trade mark in other jurisdictions when they started out, they would have been in a stronger position when McDonald’s came along later.  It also serves as a warning to multinational companies that they can’t simply file trademark applications without a genuine intention to use it.

This is not legal advice; it is intended to provide information of general interest about current legal issues. 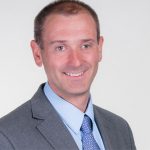