“Before I go
I’m supposed to get a last wish:
Generous reader
Burn this book
It’s not at all what I wanted to say
Though it was written in blood
It’s not what I wanted to say.
No lot could be sadder than mine
I was defeated by my own shadow:
My words took vengeance on me.
Forgive me, reader, good reader[…]

Written by one of Latin America’s most profound poets, Nicanor Parra, who was heralded for his “antipoetry” movement, leaves thought-provoking words particularly poignant following his death earlier this year. Other than the nuances of his globally acclaimed poems, the challenges made to his will by his children have also been subject of recent discussion.

Parra’s eldest children, Catalina and Alberto challenged their poet father’s will earlier this month arguing that he was in a state of “cognitive impairment” at the time of signing the will. On this basis, they claimed that their father’s will be declared invalid as he was not in the correct state of mind or physical health at the time of signing.

The Wills Act 1837 stipulates that in order to be a valid will the testator must have the necessary capacity and intention as well as observing the formalities for execution of wills. (i.e. in writing, signed by the testator and witnessed). Banks v Goodfellow (1870) LR 5 QB 549 sets out that a person must have ‘soundness of mind, memory and understanding’ in order to make a valid will. Similarly, Chilean law also sets out formalities for creating a valid will which includes the testator having the requisite capacity when signing a will.

Parra signed his will on the eve of his 103rd birthday which included four properties, other land, paintings and his copyright. By virtue of his will, Catalina and Alberto received only 10 percent of their father’s inheritance. Yet, Colombina Parra, the poet’s youngest daughter and executor to the will, gleefully took home 58 percent of all of Parra’s assets. Needless to say, Catalina and Alberto were irate at their sister’s fortune and alleged that she held their father “emotionally hostage” and largely dominated his care which led to her gain.

The irate siblings claimed that Colombina was involved in preparing the will and even questioned Parra’s relationship with his own lawyer. They claimed that neither of the witnesses who had signed the will were domiciled in the area that the will was signed at the time, despite the unequivocal requirement for this in Chilean law.

Wills are open to disputes in most jurisdictions around the world. This case reflects a number of strong similarities with actions brought in this country. Sadly even when a person has made a valid will and sought to express their last wishes, their wishes may still be challenged by those who seek to benefit.

Had Parra been born in the UK, his children could have challenged the will and prevented it from being admitted to probate if they could show that Parra made the will at a time when he did not have the requisite testamentary capacity (his ability to understand what he is doing) to do so or made the will as a result of force, fear, fraud or undue influence. The law is designed to protect against wills being used that do not reflect the last wishes of the deceased but in fact reflect someone else’s wishes.

There is a presumption that a person had the ability to understand the consequences of his actions when making a will, unless there are grounds to cast a real doubt over his capacity to do so at which point the presumption does not apply and those who wish to prove that he did have capacity must do so under the Banks v Goodfellow test. . In Parra’s case, his children may have brought a challenge to the will claiming that the will was made as a result of undue influence. Thus, the children would have the burden of proof and would need to show sufficient evidence of undue influence to discharge that burden.

We await the outcome of the civil action which is still ongoing in Chile. In the UK, it can take a lot of time for actions such as these to be resolved. This can be particularly difficult for anyone caught up in such an action. They have likely lost a loved one and wish to mourn their loss as well as meet the challenges of running a complex claim. That is why every effort to resolve the matter on acceptable terms should be a priority.

Little did Parra know that his last words would be just as challenging as his words while he was alive. 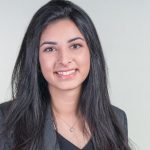