Gardner Leader SolicitorsPets in a divorce – how does it work?

Pets in a divorce – how does it work?

Going through a divorce is always a tough situation. If you have children, it can be a tumultuous time coming to an agreement for arrangements. When it comes to pets in a divorce, however, how are the arrangements decided?

A nation of pet lovers

It is safe to say that Britain has a long-held reputation as a nation of animal lovers. Indeed, British animal protection laws date back to 1822. We have remained as obsessed with our pets as ever before.

Each year the Pet Food Manufacturers Association, PFMA, commissions research into the UK’s pet population.  In 2021 due to the Pandemic, the survey moved online. It found that more than half of Brits keep a minimum of one pet. To be more specific, British households host 12 million dogs, 12 million cats and, amongst a wide range of more exotic beasts, some 600,000 hamsters and 400,000 tortoises and turtles.

It is no surprise, therefore, that disputes over pet ownership within divorce or separation have become common features in court.

For example, when the husband left the family home leaving Freddie, the dog, behind, it was clear to my client that it was a declaration that Freddie belonged to her.  This belief was reinforced by the fact that the husband did not seek to remove the dog when he collected his belongings but sought a timetable for when he could have Freddie for walks and stayovers.  Problems arose during a prearranged access when the husband refused to return Freddie claiming he had paid for Freddie and various medical procedures and thus belonged to him. My client called the police who said it was a matter for the civil courts. The civil courts rejected the case and said it was a matter for the family courts as part of the divorce and financial proceedings.

What happens to pets during a divorce?

The family court would have to treat a pet as a ‘chattel’. Chattel means an object or property other than freehold land such as furniture or the golf clubs. Pets have no special status for being loved as a member of the family, and the strong emotional attachments often formed with them, as much as with a child of the family, are not recognised.

Nevertheless the court can order transfer of ownership, the same way it would for pensions or a vehicle. The court can even make provisions for the maintenance of the family pet when calculating income needs of a party as part of the overall financial award given by one party to the other.

For couples who are not married the court may work on strictly legal principles of contract law, i.e., give the pet to the person who paid for it or under whose name it is registered with the vet.

Regrettably, many judges are reluctant to make an order regarding pets and will not spend a lot of court time considering which party should be allowed to keep the family pet. This is because the court views the financial matters and child arrangements as much more important issues.

How are pets divided in a divorce?

Clearly the court is neither able nor willing to take a pet’s wellbeing into account, nor even to settle disputes for formal shared arrangement.

To avoid these difficulties, a prenuptial arrangement for couples planning to marry or, for unmarried couples, a cohabitation agreement would most likely resolve the issue amicable.  Such agreements can set out any arrangements including :-

Prenuptials and cohabitation agreements are not used much in England and Wales and are not automatically enforceable. Nevertheless, they would carry weight with the judges if entered into fairly.

Of course, a pet can sense changes in its environment and couples must be sensitive to this when seeking to solve shared pet arrangements and ownership.

If you are going through a divorce and need help and advice for how to best decide who gets what and come to an amicable agreement, contact Ash Sanger, consultant in our Family Team. 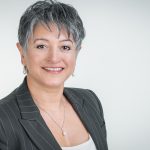