The FDR is a without prejudice hearing which means that any offers made at the hearing cannot later be brought to the court’s attention, allowing parties to negotiate without the fear that their representations may be used against them later in proceedings. The aim of an FDR is to facilitate the parties to settle between themselves and to avoid the need for a final hearing. As this is a preliminary hearing the judge/financial remedy specialist cannot make a final decision, however, they will be able to provide a prediction as to what the final outcome is likely to be.

Within the court process a judge appointed by the court would deal with the FDR, however with a private FDR, a financial remedy specialist will be appointed to act as a private FDR judge. A financial remedy specialist may be a solicitor, barrister or retired judge and they will charge a fee for acting in the FDR. The private FDR takes place at a time and place convenient for all parties, usually in a solicitor’s office or barristers chambers, and a full day is usually set aside for the hearing.

At the hearing submissions will be made to the judge by the parties’ barristers, the judge will then give an indication as to the appropriate outcome of the case. The parties will not give evidence. The legal teams along with their respective parties will then go to separate rooms to discuss the judge’s comments. Usually one party will issue the first offer, and without prejudice offers will go back and forth between the parties with the aim of reaching an agreement.

If an agreement is reached at a private FDR, this will be formally set out in a court order which will be filed at court for the judge’s approval. Should an agreement not be reached at the FDR a final hearing may be required. Not reaching an agreement at the FDR does not prohibit the parties from partaking in further negotiations outside of the hearing.

Depending on the issues a directions hearing may be required prior to the final hearing. After hearing the facts and evidence and both sides of the arguments at the final hearing, the arbitrator will produce an award which is a binding decision. Depending on the type of case a formal court order is usually needed after the arbitration and this will be drawn up the legal representatives and will be filed at the court for approval. The court can then make an order by consent. You do have a right to appeal an arbitration award if you think there has been a legal error.

Often there is likely to be less cost for arbitration than for the court process due to the speed and flexibility of the process.

Find out how our specialist Family team can assist you here. 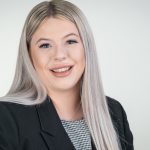