Following this year’s Queen’s Speech, the government has published the first draft of its much anticipated Procurement Bill. The Bill will replace existing procurement legislation and consolidate it into one Act.

Although the Bill is likely to be subject to some amendments as it makes its way through parliament, the Bill is notable for the scale of the changes that it proposes to the existing legislation. If passed, a number of the reforms will likely be welcomed by both contracting authorities and the private sector.

The Bill itself comes in at a fairly weighty 122 pages and so it is likely to take a while to unpick its full scope/impact. Some of the more interesting changes being proposed are set out below. Over the coming weeks we shall be posting articles and conducting webinars/podcasts looking at some of these points in more detail.

Conclusion on the Procurement bill:

Although the Bill is subject to amendments, the government’s intent to shake up the procurement regime is clear from the Bill. There will undoubtedly be further important points to consider over the coming weeks and as the Bill progresses through its readings.

Gareth Rees is a Senior Associate in our business team and has over 17 years’ experience in the procurement sector, having worked on a wide range of contracts involving local authorities, central government and other public bodies. Gardner Leader is able to provide you with advice and assistance throughout the procurement process, from drafting or reviewing contract terms to challenging or litigating the procurement. 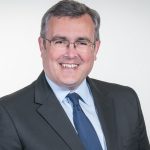