Gardner Leader SolicitorsShare buybacks – what are they?

A company can buy its own shares from a shareholder. These are then usually cancelled. A buyback is a route for shareholders to realise value for their shares where, for example, there may be no external market for them.

How can a company pay for shares it buys back? There are several possibilities:

The most common way for a company to pay for shares it buys back is to use distributable reserves.  As well as having the cash to pay to the shareholder, the company must have sufficient distributable reserves to cover the buyback price – in other words, if the company is in a position to pay a £100,000 dividend legally it should be able to support a £100,000 buy back.

A company can raise money by issuing new shares and use the money it receives to fund a buy back. Where the company issues new shares to raise money for the buyback it needs to make it clear that this is the purpose of the share issue and complete the buyback promptly once it has received the new subscription funds. If a premium is payable on shares to be bought back by a company, the premium must generally be paid out of distributable profits, although there are exceptions to this.

If a company does not have enough distributable reserves it can cover the shortfall by financing part of the buyback using capital. There are specific procedures to be followed and this route has become less common since the introduction of the solvency statement reduction of capital procedure, which is usually a simpler and cheaper way of creating distributable reserves which can then be used to fund a buy back.

If a company’s articles of association permit it, the company can simply use cash resources (even if it does not have sufficient distributable reserves) up to an aggregate purchase price, in any financial year, of the lower of £15,000 and the nominal value of 5% of its fully paid share capital as at the beginning of the financial year.

Can a company pay for a buy back over time, rather than up front?

If a company does not currently have enough distributable reserves to finance a buyback, but it believes funds are likely to build up in the future, a staged buy back can be attractive. Under a staged buy back the company and the departing shareholder enter into an agreement at the outset, under which the shareholder agrees to sell all of their shares to the company and the company agrees to buy them.  However the sale is structured so that the shares are actually bought back by the company in a series of buy backs, with payment being split up over a period of time. This is NOT the same thing as completing a buyback and deferring payment, which falls foul of the rules. Specialist advice should always be sought before considering a staged buyback. If a buy back does not comply with the Companies Act rules it will be void, which can cause significant problems later if it turns out that the departed shareholder is actually still the owner of shares which the company believed it had bought back.

To find out more about how we can help on your business shares and best options for you, please contact our expert corporate team here. 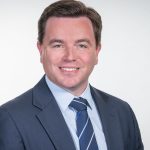