The UK’s departure from the EU has led to greater focus on the UK’s competition law regime. (EU competition law will continue to apply to those exporting goods or services to the EU).

The Chapter I Prohibition

Section 2 of the Competition Act 1998 provides that vertical agreements (for example, between a manufacturer and a distributor) which affect trade in the UK are prohibited if they have as their object or effect the prevention, restriction or distortion of competition within the UK, unless exempt.

Examples are given as to what will be regarded as anti-competitive agreements, including those which directly or indirectly fix purchase or selling prices or other trading conditions, limit or control production, markets, technical development or investment, share markets or sources of supply, apply dissimilar conditions to equivalent transactions with other trading parties placing such parties at a disadvantage or making the completion of the agreement subject to un-related supplementary obligations.

Here we are focussing on the “hardcore” restrictions, the presence of one of which will render the agreement illegal.

These restrictions are those which have the object, whether directly or indirectly and whether on their own or in combination with other factors under the control of the parties to the agreement, of:

(However, the supplier can impose a maximum sale price or recommend a sale price, provided that such provisions do not amount to a fixed or minimum sale price as a result of pressure from or incentives offered by a party).

(This is subject to some “excepted restrictions” which allow some limited control over such sales).

(This is subject to some other “excepted restrictions”, relating to active sales into reserved territories, sales to unauthorised distributors, control over the distributor’s place of establishment, sales by a wholesale distributor to end users and the sale of components to make competing goods).

(The “excepted restrictions” which apply here relate to sales into reserved territories, sales to unauthorised distributors, control over the buyer’s place of establishment, end user sales by a wholesaler and the sale of components to make competing goods).

As noted above, the presence of one of these restrictions in an agreement will render it illegal.

In order to benefit from the block exemption, the commercial agreement must not contain an “excluded restriction”, defined as:

The time limit of five years in (a) does not apply where the goods or services are sold by the buyer from premises, land or a vehicle owned or leased by the supplier, provided that the period of the no–compete obligation does not exceed the period of occupancy of the premises or land or possession of the vehicle by the buyer.

The restriction in (b) is subject to an exception, where the obligation relates to competing goods or services, it is limited to the premises, land or vehicle from which the buyer operated, is indispensable to protect the supplier’s know-how used by the buyer and is for no more than one year.

There is a further exception, which is that, if a restriction is indispensable to protect secret know-how transferred by the supplier to the buyer, it will not be an excluded restriction, whether or not it is time-limited.

Competition law is a complex area and the consequences of having an illegal agreement can be severe. This article is for general guidance and is not a substitute for specific legal advice. Businesses should carry out an analysis of their vertical commercial agreements to assess whether they are able to steer a safe path through the Competition Act and the block exemption. 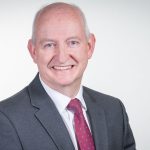