Stop the clock – What time limits apply to claims for negligent professional advice?

One of the central principles of English Law is that a legal claim must be commenced at Court before the expiry of the relevant “limitation period”, as set out in the Limitation Act 1980.  Any claim brought after the end of the limitation period is almost certain to be struck out, regardless of how strong it would otherwise have been.  Making sure you commence Court proceedings before the limitation expires is therefore one of the most important issues when considering a potential claim.

In very broad terms, for negligence claims, limitation expires six years after the damage/loss is suffered as a result of the negligence.  In many cases, it is relatively easy to establish the date on which the damage is suffered.  For example, if a car is negligently serviced and then the engine is damaged as a result, there is not likely to be any ambiguity about the date on which the damage was suffered, and therefore the limitation deadline is also clear.

However, in professional negligence cases involving negligent advice, it might not be as straightforward to establish precisely when the negligent advice caused the claimant to suffer a “loss”, and so establishing the precise limitation deadline can also be problematic.

In particular, limitation issues can be a thorny issue in claims arising from negligent advice regarding tax planning, because there is often a long period of time between the advice being provided, and HMRC investigating and challenging the tax planning years later.  In such cases, is the “loss” suffered when the claimant joined the tax avoidance scheme based on the negligent advice, or when the scheme failed, or somewhere in between?  On which date does the 6-year limitation period start running?

These are precisely the questions which the High Court has recently been considering in the case of Evans v PriceWaterhouseCoopers LLP.

The Defendant’s strike out application

Perhaps unsurprisingly, the Defendant made an application to Court to have the claim struck out, on the basis that the Claimant had missed the relevant limitation deadline.  The Defendant argued that if the advice had been given in 2000, and the tax scheme entered into in 2001, then the latest possible limitation deadline would have been 2007, being six years after the Claimant suffered the “damage” of entering into the tax scheme which would ultimately fail.

The High Court decision – a difference between “damage” and “risk”

The High Court disagreed with the Defendant, and dismissed the strike out application on two grounds.

Firstly, the High Court ruled that because the Defendant’s retainer had not ended until 2011, it was arguably that limitation did not expire until six years later in 2017 (in which case, the claim issued in 2016 was issued in time).  This decision was based on the assumption that if the Claimant was successful in establishing that the Defendant’s advice was negligent, then it was also “clearly arguable” that there was a continuous series of breaches by the Defendant of its duty of care until the end of its retainer in 2011.  As it was also arguable that those continuing breaches had all caused “damage” to the Claimant, it was arguable that limitation did not expire until six years from the end of the retainer, and so it was not appropriate to strike out the claim.

But perhaps more importantly, the High Court drew an important distinction between this case, and other previous so-called “wrong transaction” professional negligence cases.  In such cases, the Courts had previously ruled that where a claimant enters into the “wrong transaction” based on a defendant’s negligent advice, then the 6-year limitation period starts to run from the date the claimant entered into the “wrong transaction”, as from that date onwards the claimant had suffered a “measurable loss”, even if the full extent of that loss was not known until a later date.

The High Court ruled that this case was different, however, because the Claimant had arguably not suffered any “loss” until 2013, because no tax was payable until the date of the Canadian Revenue Agency’s decision.  The High Court stated that until that date “…all that the Claimants took on was a risk. Tax might or might not be charged, depending upon the agreement of the two revenue authorities. Arguably that is a pure contingency … A risk can be valued, but a risk by itself is not damage”.  It was therefore arguable that the Claimant had not suffered a loss until 2013, meaning that the limitation period would not have expired until 2019.

So how do you calculate limitation periods in relation to negligent advice?

It is important to remember two things; firstly, each case of this nature is highly fact sensitive, and so a decision reached by the Court in one case might not be reached in a similar case with subtle factual differences.

Also, the decision in Evans v PriceWaterhouseCoopers LLP only related to the Defendant’s application to strike out the claim, and it wasn’t a full judgment following trial.  What that means is that the Claimant only needed to show that it had an “arguable” claim with a “reasonable prospect of success”, but the Claimant could still potentially lose on these arguments when the case proceeds to trial.

That said, if this decision is followed when the case reaches trial, it would reinforce the distinction between:

In practice, however, it could be a very fine line that divides these two types of cases, with very significant limitation consequences arising depending on which side of the line a case falls on.

For more information on this or any other issue relating to professional negligence disputes, please contact Michael Axe. 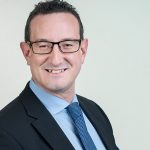