New laws are shortly to come into effect which give increased powers to the Charity Commission to regulate charities.

The Charities (Protection and Social Investment) Bill is in the course of passing through parliament. This in intended to equip the Commission to tackle abuse of charities, as seen in recent cases of people using charity structures to finance terrorism or avoid tax.

What new powers will the Charity Commission have?

The Commission already has powers (primarily under the Charities Act 2011) to conduct an inquiry into the activities of a charity, to disqualify trustees, and to intervene in the management of a charity, where the charity’s assets were at risk; and to protect the reputation of charities generally. However, the Commission’s powers were restricted and contained a number of loopholes.

The Bill contains provisions designed to close the loopholes and strengthen the Commission’s regulatory powers. These include:

How about fundraising standards?

The Bill also contains new laws regulating how charities engage in fundraising. This includes a duty to monitor the activities of professional fundraisers who have been engaged to act on behalf of the charity, and commercial partners. This is intended to ensure that they do not place undue pressure on members of the public, make unreasonable intrusion on privacy, or make persistent approaches, especially where vulnerable people are involved.

Charities will be obliged to include a statement about their compliance with the new fundraising regime, in their annual reports.

What is social investment?

Social investment is defined in the new Bill as an action taken with a view to both directly furthering the charity’s purposes, and achieving a financial return for the charity. This might include, for example, loans and grants made by organisations that relieve poverty by supporting small businesses and job seekers.

Before deciding to make a social investment, charity trustees must consider taking professional advice; and satisfy themselves that it is in the charity’s best interests having regard to the benefit they expect to achieve and how it would further the charity’s purposes. This must be kept under regular review.

What should charities do to prepare for the new laws coming into force?

Charity trustees and senior management should familiarise themselves with the new version of Commission’s guidance note “The Essential Trustee” which has recently been updated to tie in with the provisions of the Bill. Charities which engage actively in fundraising must also review this in light of the new fundraising regime; and update policies and processes to ensure that such activities are appropriately monitored and reported. 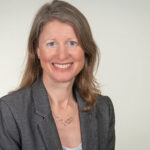