Tenant Liability for Rent in Administration 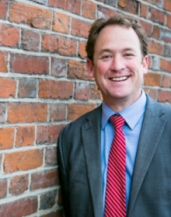 Charities often benefit from the income from properties vested in them. What they have often not benefited from are circumstances where tenants enter administration when rent is owed to them. Some reassurance has been provided by a recent case which clarified the liability of company administrators for payment of rent and other sums due in terms of a lease, which became payable prior to the commencement of the administration.

Pillar Denton Ltd and Others v Jervis and Others, which involved the administration of the ‘Game’ group of companies, clarified the liability of administrators for payment of rent under a lease during the period in which administrators occupied the property.

What the previous decisions did not deal with was the situation where rent was due and payable on a date before a company entered administration.  The Pillar Denton case has now clarified this point.  It is usual for rent to be paid quarterly in advance, but in this case the company had been placed in administration on the day immediately after the quarter day.  The administrators argued that, due to the fact that the rent was already due when they were appointed, they should not be liable to pay any rent for the relevant quarter, despite having been in occupation of the property.

Charities are sometimes faced with a situation where a property is vested in the charity when its tenant enters administration. The charity may not be able to obtain vacant possession of the property but would want to ensure that all rent is paid to them wherever possible.  The Pillar Denton case now provides clarity as to the circumstances in which an administrator is liable for payment of rent where they take possession after the administration has commenced.  The Court also found that the same principle would apply to a company having entered liquidation as opposed to administration.

The judgment in Pillar Denton is good news for charities, as the prospect of recovering rent and other payments due in terms of leases from administrators and liquidators has improved. With such sums becoming administration expenses and benefiting from priority of payment over other creditors in the process, the chances of charities being short-changed in situations they have little control over have been greatly reduced.