The Conduct Expected of Litigators in Dispute Resolution

The Solicitors Regulation Authority (SRA) is the governing body of solicitors and regulated individuals in England and Wales. Its regulatory duties include ensuring solicitors meet the high standards that the public rightly expects of the profession. While this naturally encompasses the way that solicitors treat their clients, it also extends to how they interact with their opposing numbers and third parties in legal disputes.

In March 2022, the SRA released guidance on the obligations owed by solicitors who engage in litigation and give dispute resolution and pre-action advice. This includes helpful case study examples depicting the behaviours the SRA are looking to prevent. The guidance is a useful reminder of a solicitor’s duties, both to their clients and, ultimately, as an officer of the court. We set out below some of the behaviours that the SRA has sought to draw to practitioners’ attention, together with a brief explanation of why they are so problematic for those working in and with the legal profession.

Solicitors must not advance allegations without properly investigating the legal merits and underlying factual background. This is particularly so where their opposing number is a litigant in person (and so without their own legal representation). It is patently unethical to prey on any disparity of legal knowledge between an unrepresented party and an experienced solicitor. Regrettably, this is a tactic that can be used by some lawyers to pressure their opponents into settlement.

As a solicitor, if your client has an appetite to pursue a particular cause of action, you have a duty to act in their best interests.  This duty must however be balanced with their overriding duty under the SRA Code of Conduct to act with integrity. To knowingly progress an unmeritorious and ill-founded claim and potentially leverage a lack of understanding on the part of any opponent is evidently at odds with this. Further, it may ultimately be damaging for the solicitor’s own client, who may face judicial criticism and a significant and unnecessary costs liability.

Strategic Lawsuits Against Public Participation (SLAPPs) have become increasingly prominent in recent years as a consequence of the #MeToo movement. Put simply, a SLAPP is a lawsuit brought for the purpose of stifling public discussions about a particular subject. It does so by exploiting strict rules that limit press coverage about ongoing claims so as not to influence the Court’s decision or jeopardise any evidential advantage either party may have. SLAPPs are often brought against journalists, human rights activists and whistle-blowers in the form of defamation claims, in order to intimidate and divert attention from legitimate concerns and enquiries. As they are often framed as legitimate claims, it can be difficult to distinguish between them and genuine causes of action.

The European Commission has recently taken measures against SLAPPs with proposals for a Directive and Commission Recommendation encouraging member states to align their national rules to protect persons who engage in public participation from “manifestly unfounded or abusive court proceedings”. Though this would not have a direct effect on the SRA or those it regulates, it shows the growing importance in multiple jurisdictions of preventative measures towards such abuses of process. Similarly, the UK Government has also expressed some dissatisfaction about the use of SLAPPs and is considering proposals for legislative change.

Solicitors must take care not to take advantage of their opponent or any third parties. Again, this is especially relevant where the party in question is vulnerable or acting as a litigant in person.

The SRA gives a number of examples of conduct that may constitute “oppressive behaviour and tactics”. These include seeking to impose arbitrarily tight or unnecessary deadlines, sending excessively legalistic letters with a view to intimidating a lay party, making exaggerated claims or using a particularly aggressive tone. Tactics designed to abuse a party’s lack of knowledge by applying false or unnecessary pressure are clearly intended to gain an unfair advantage over an opponent and are contrary to a solicitor’s overriding duties to the Court.

Such conduct brings a number of SRA principles into play. Principles 1 and 2 of the SRA Code of Conduct provide that solicitors must uphold the rule of law and preserve public trust and confidence in the legal profession. Such oppressive tactics are a clear breach of this.

The fourth example given by the SRA is not one that requires vast amounts of explanation; it is very much a case of ‘it does what it says on the tin’.

Lawyers are, first and foremost, officers of the Court. This is highlighted in Principle 1 of the SRA Code of Conduct and must guide and inform the way a lawyer conducts dispute resolution. Dishonesty (whether to the Court, a client or a third party) is anathema to this principle and may lead to committal proceedings for contempt of Court. If a legal professional is found to be in contempt of Court, it is likely that they will face disciplinary action, which could result in the end of their legal career and potentially even a custodial sentence.

Litigation is, by its very nature, confrontational. Solicitors are naturally keen to do the best they can for their clients and can therefore fall into the trap of engaging in overly aggressive or excessive conduct. This is especially so where a client is particularly passionate about their claim and expects a similar level of fervour from their counsel. It may, however, amount to a breach of the SRA Code of Conduct. Indeed, the SRA’s guidance makes it clear that such conduct must not cross the line of reasonable and acceptable behaviour by adopting a tone which is unnecessarily aggressive.

It should be said that, while a forthright tone would not necessarily place a solicitor in breach of their duties, the Court often takes a dim view of aggressive conduct. By way of example, in  Excalibur Ventures LLC v Texas Keystone Inc & Ors [2013] EWHC 4278 (Comm) (13 December 2013) (bailii.org), the claimant was criticised by the Judge for putting forward a range of “bad, artificial or misconceived claims” which in turn required a great deal of work and costs to defend. The claimant was ultimately ordered to pay the defendants’ costs on the indemnity basis. This is a stark warning against aggressive or excessive litigation – for litigants as well as legal professionals.

Equally, it is vital that lawyers do not become overly passive in litigation. As per Principle 7 of the SRA Code of Conduct, the client’s best interests must always be front of mind for any legal professional. A docile or overly conciliatory approach may suggest that a client’s interests are not being adequately protected.

The SRA Guidance on Conduct in Disputes says nothing new: solicitors are simply reminded of the important duties they owe not just to their own clients but also to their opponents, third parties and the Court. As legal professionals, it is imperative that we inspire and maintain the trust and confidence of the wider public by acting with integrity. In a time where disputes are becoming increasingly fraught, the SRA has provided a useful check on what it and the public should be entitled to expect. It also reinforces an important message: a formidable litigator is not necessarily the most aggressive or overpowering, but rather one who effectively manages expectation and risk and maps a pragmatic way forward for their client. 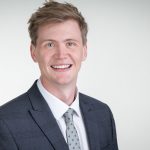