Gardner Leader SolicitorsThe implications of marriage on a previous will

The implications of marriage on a previous will

It is often thought that once a will has been made, it is final unless it has been intentionally revisited and changed. However, contrary to belief, this is sometimes not the case as there are many ways in which a will can be held to be invalid or revoked.

Generally marriage will revoke an earlier will. If a will is not updated after the marriage, it would cause a spouse to die intestate (without a will). When a spouse dies intestate, the estate must be administered and distributed in accordance with the law. The effect of this is that if there are no children, the surviving spouse will inherit everything absolutely.

However if the deceased spouse had children, the surviving spouse receives a statutory legacy of £250,000, all of the deceased’s personal items and half of the residue and the children receive the other half of the residue. This may not seem a problem however if there is nothing left in the estate after the statutory legacy is paid, the surviving children would be left with nothing which may not have been the deceased’s intention. Another point worth considering is that the statutory legacy is specified to be free of tax so the residue bears the cost of the tax bill, therefore reducing the amount of money surviving children would be entitled to. This could cause division and upset at a difficult time when a family need to grieve and come to terms with the loss of a loved one.

There is an exception to this rule. If an earlier will is made in anticipation of marriage, it will not be revoked. However this could cause its own problems. It would be important to think about whether the will should be conditional on the marriage taking place otherwise if the marriage were to not go ahead, the will would still be valid and an ex-partner could still be entitled to a share of the estate. On the contrary, if a will was drafted to be conditional on the marriage taking place and death took place before the marriage, a partner would not be entitled to anything under the will.

Given the issues that may arise on death, it is imperative that proper consideration is given when planning for the future. If you would like to speak to a member of the team about this, please do not hesitate to get in touch on 01635 508080. 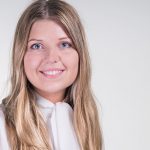