The privilege is mine? Court offers guidance on litigation privilege

In Kyla Shipping Co Ltd and another v Freight Trading Ltd and others, Charles Hollander QC (sitting as a deputy judge of the High Court) provides helpful guidance on when litigation privilege applies – and the circumstances in which it may be waived.

The first, second and third defendants were part of the same corporate group. The group’s ultimate beneficial owner was an individual named Peter Livanos.

In mid-November 2018, Nikolaos wrote a letter to Peter, which (among other things) alleged that, contrary to industry practice, the first claimant had been required to settle the outstanding FFA liabilities at par value, rather than at a discount. Nikolaos alleged that this demonstrated a “mismanagement and abuse of powers” (the Mismanagement Allegation). Around this time, Nikolaos instructed an expert to audit the FFAs. In a witness statement filed almost a year later, the claimants’ solicitor, Mr Buss, described the purpose of that instruction as being “for the sake of providing ballast” in the correspondence between Nikolaos and Peter (paragraph 8, judgment).

Following the expert’s findings and further related investigations, the claimants issued proceedings in relation to the FFAs, alleging mispricing fraud (the Mispricing Claim). The claimants asserted litigation privilege over documents relating to their investigations into the FFAs.

The first, third and fourth defendants (referred to as the defendants from this point on) argued that the Mispricing Claim had not been in reasonable prospect in November 2018; at that time, the expert’s instruction had been no more than a fishing expedition. In particular, Mr Buss’ lively description of its purpose as being to “provide ballast” did not support a claim for privilege.

The claimants asserted that the purpose of the expert’s instruction had, in fact, been to provide evidence to support a potential counterclaim to the shareholders’ dispute based on the Mismanagement Allegation. In maintaining their claim for privilege, the claimants relied on Mr Buss’ considerable experience as a solicitor. They also added that they were unable to expand on their submissions regarding the origin of the documents without running the risk of waiving privilege.

Following a helpful review of the relevant case law, the judge noted a number of key principles. First, it is for the party claiming privilege to prove that it applies. To this end, a mere assertion of privilege and statement of the document’s purpose in a witness statement is not determinative. If the court is in any doubt as to whether privilege applies, it has a range of options. It may:

Finally, when advancing claims for privilege, legal advisers acted as “judges in their own client’s cause” (Bank Austria Aktiengesellschaft v Price Waterhouse). Judges must take particular care when considering such claims – and lawyers must be equally mindful of their duties to the court (paragraph 28, judgment).

After considering the evidence, the judge found that the claimants had failed to discharge the burden of proving their claim for privilege. While the expert report had been commissioned in order to support Nikolaos’ Mismanagement Allegation in correspondence, there had been no suggestion that a claim of this nature had been within contemplation. Even if there had been a reasonable prospect of such a claim, the parties would have been the first claimant’s shareholders, rather than those to the present claim. Finally, Mr Buss’ description of the purpose of the instruction as being to “provide ballast” simply did not square with a claim for litigation privilege (paragraph 35, judgment).

The judge noted, however, that while the claimants could not claim litigation privilege in relation to the Mismanagement Allegation, they were not prevented from doing so in respect of the Mispricing Claim. Mr Buss was therefore ordered to reassess which documents were privileged in light of this direction.

The judge also considered whether the claimants had waived privilege over documents Mr Buss had referred to in his witness statement and, if so, whether this gave rise to a collateral waiver over documents relating to the same issues.

A party will only waive privilege if it places reliance on the contents of a document – as opposed to its effect. This important distinction confines cases of waiver to situations where the party is relying on the content of a privileged document “for some purpose” (Mid-East Sales v United Engineering (paragraph 15, judgment)). While much of the case law refers to the principle of “fairness”, this was a “fact-specific judgment for the court”, which balances one party’s fundamental right to privilege against the other’s right to satisfy itself that what has been disclosed is not a “partial account” (paragraph 46, judgment).

In this case, the answer was “clear cut” (paragraph 52, judgment). The purpose of Mr Buss’ witness statement had been to explain the discovery of the facts underlying the Mispricing Claim. He had not placed reliance on the documents and had only referred to them in general terms. The defendants’ waiver of privilege application was therefore dismissed.

Litigation privilege continues to be the source of a great deal of debate. While a party’s fundamental right to privilege must be preserved, it is equally important that documents put before the court are presented in their proper context. The principle of collateral waiver provides an important check in this regard.

Practitioners asserting litigation privilege must also be mindful of their unique position as “judges in their own client’s cause”. This unavoidable consequence of claiming privilege must be viewed in the context of solicitors’ independent duties to the court.

This article first appeared on the Practical Law Dispute Resolution Blog on 23 March 2022 which can be read here. 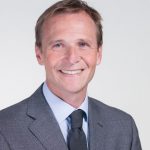 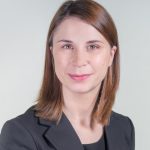