In February 2020 the Court of Appeal considered a second appeal in the case of Pease v Carter [2020] [https://www.bailii.org/ew/cases/EWCA/Civ/2020/175.html]. The case concerned a typographical error in a notice seeking possession served under 8 of the Housing Act 1988 (s.8 Notice).

The landlord appellant served the s.8 Notice, which gave the tenant at least two weeks’ statutory notice that court proceedings would not begin until after 26.11.2017.  However, the landlord actually intended the date to be 26.11.2018 not 2017. Whilst the Judge in the original County Court possession claim recognised the typo, it concluded that the incorrect year meant that the s.8 Notice was invalid as it did not give the tenant two weeks’ notice and failed to comply with the Housing Act 1988.  In making the decision, the Judge considered two previous cases.

The County Court Judge considered the case of Mannai Investment Co Ltd v Eagle Star Life Assurance Co Ltd [1997] which established the ‘reasonable recipient’ test.  In this case the terms of a commercial lease allowed the tenant to terminate by giving 6 months’ notice on the landlord, which had to expire on the third anniversary of the start of the lease.  However, the tenant misstated the date and gave 6 months’ notice ending on 12.01.1995 as opposed to the third anniversary of 13.01.1995, i.e. one day early.  The House of Lords stated “The issue is how a reasonable recipient would have understood the notice. And in considering this question the notice must be construed taking into account the relevant objective contextual scene.”  This meant that the question to ask was whether a reasonable recipient who spotted an error would still understand the meaning of it in that context.  The House of Lords allowed the appeal, deciding minor irregularities did not override the clear intention of the termination notice.

Coming back to Pease v Carter [2020], the County Court Judge recognised there was an obvious typographical error.  However, the Judge went on to state that the reasonable recipient test in Mannai –v- Eagle Star did not apply because of the subsequent case law of Fernandez -v- McDonald in that the s.8 Notice did not give the tenants at least two weeks’ notice to take the necessary action, which meant the landlord had failed to comply with the law.

Looking at the facts, the Court of Appeal reconsidered both cases of Mannai and Fernandez.  It found that the case law of Mannai did apply because if a ‘reasonable recipient’ found that a notice contained an error, and realised what message the notice intended then that is how the notice should be interpreted.  The Court of Appeal elaborated further that the covering letter addressed to the tenant enclosing the s.8 Notice clearly stated that court proceedings would not be issued before 26.11.2018 which would have dispelled any further doubt.  The Court of Appeal therefore held that the s.8 Notice was valid.

This case is a valuable reminder that statutory notices should be correct at the outset.  It is imperative that landlords, letting agents, and tenants proof-read documents, particularly notices terminating tenancies. Attention to detail is paramount.

If either, as a landlord or tenant, you are in any doubt as to your statutory obligations, you should seek independent legal advice. 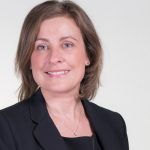