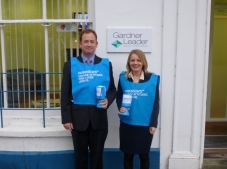 Many charities rely on the generosity of their supporters in giving up their time as unpaid volunteers, however, there are still various legal issues to keep in mind, which are surprisingly complex.

Firstly, what is a volunteer?

In fact, what appears to be a straightforward question can be very difficult to answer as there is not a single statutory definition.

Generally a “volunteer” can be characterised as a person engaged in an activity that involves spending unpaid time (other than expenses) doing something that aims to benefit some third party who either is not a relative or who is assisted in addition to a relative.

So do volunteers benefit from the employment protection legislation?

The answer to this, unfortunately, is not straightforward as it depends on the situation. Most employment law rights are only available to “employees” such as the right to bring an unfair dismissal claim but some rights, such as protection from discrimination under the Equality Act or entitlement to the national minimum wage, also extend to “workers”.

Therefore, if your volunteers could be recognised as either an “employee” or a “worker” you will have a number of additional obligations and duties towards them.

Charities or organisations who use volunteers therefore need to take care to clarify the status of their volunteers and distinguish them from either employees or workers. To consider how this is done, it is important to understand the difference between employees and workers…

So, what is an employee?

Typically this is not simple either, although there is a statutory definition confirming that an employee is:

And there is a statutory definition of a contract of employment, which does not have to be in writing:

“a contract of service or apprenticeship, whether express or implied”

Decisions from the courts and tribunals have added to this and in summary the provision of the service must be in return for a wage, the individual must be required to personally perform the work and be under the complete control of the employer. All employees will also technically be workers, but not all workers will be employees.

What is a worker?

A worker is defined as an individual who is either employed under a contract of employment or a contract that requires them to personally perform the work. This catches a wider number of individuals and worker status is often asserted by those who are otherwise self-employed because if they were recognised as “workers” they would be entitled to paid holiday.

To illustrate this further, it is useful to consider some of the judgements from the courts and tribunals as they frequently consider claims from employees asserting that they have employment rights either as an employee or worker arising from volunteering arrangements.

And of course, there are some conflicting decisions:-

The Supreme Court decision regarding the CAB volunteer was based on, amongst other points, the fact that the volunteer did not have the necessary contract to have the protection of the legislation. The terms of the Claimant’s volunteer agreement included the following statement that it was: “binding in honour only… and not a contract of employment or legally binding”.

However, the Supreme Court expressly acknowledged that there may be some circumstances where an unpaid intern or other volunteer or work placement could have a contract entitling them to employment rights.

Therefore, for organisation and charities using volunteers it will remain important to take steps to reduce the risk of a legally binding contract being identified between them and their volunteers. Practical points to consider include:-