The annual tournament was hosted at Park House School in Newbury and 7 teams battled it out in the 30 degree sunshine in order to be crowned the 2018 champions. Gardner Leader teamed up with Handelsbanken whilst Macbeths, Crowe, Quantuma, Firstxtra, Ross Brooke Newbury and Ross Brooke Swindon also put their best players forward.

Once all of the matches had been played and all of the ice lollies had been eaten, the teams made their way to Newbury Rugby Club for the post tournament hog roast. The prize-giving ceremony was hosted by Derek Rodgers, Managing Partner, and Julie Taylor, Senior Associate.

A mixed team of Gardner Leader and Handelsbanken won the tournament for the first time, much to the delight of our team of solicitors. 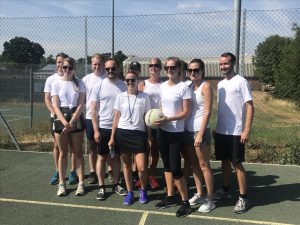 The winners’ trophy was presented to Gardner Leader and the Anna Smith Best Player Cup went to Sophie Hobbs from Ross Brooke Swindon.

A big thank you to Castle School who made the branded cupcakes for the event.

It was a great afternoon had by all, with the opportunity to network after the event. Thank you to everyone that participated and if you couldn’t make it this year but would like to register for an invitation for the 2019 netball tournament, please email [email protected] 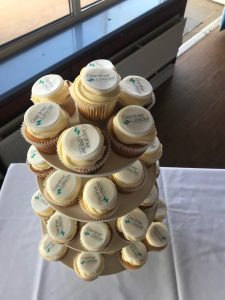