The competition was hosted at Park House School in Newbury with nine teams battling in what was the hottest day July has ever seen to raise the trophy. Gardner Leader combined with Handlesbanken whilst NBS, CDS, Goringe, Wilkins Kennedy, Crowe, Quantuma, Ross Brooke Newbury and Ross Brooke Swindon/Abingdon put their best players onto the court. 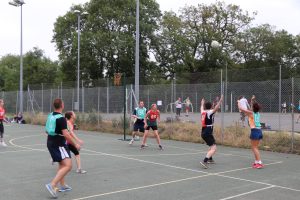 The teams played each other in a round robin format before heading to Newbury Rugby Club for the post tournament hog roast and a chance to network with fellow local businesses. Ross Brooke Newbury were named the tournament winners and the Anna Smith Best Player cup was presented to Jordan from Newbury Building Society. Despite the heat it was a fantastic afternoon had by everyone in attendance. 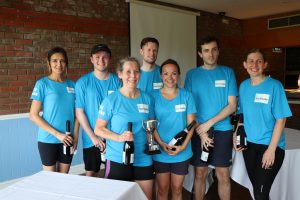 A massive thank you to Jake’s Bakes for making the cupcakes to finish off the evening on a fantastic note. 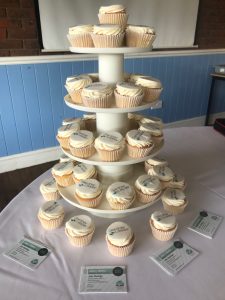 We would like to say a massive thank you to everyone that played, helped out and came along to support. If you would be interested in competing for the trophy in 2020, please email [email protected]