Inheritance Tax Relief – Why stop at 10%? 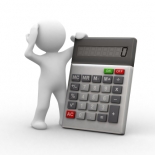 In the Finance Act 2012, HMRC introduced a lower rate of tax for a deceased person who gave 10% of their net estate to charity. Such estates would have a 10% discount on the rate of Inheritance Tax (IHT) applicable to their estate; meaning 36% instead of 40%.

Although somewhat limited, the relief certainly seemed better than nothing and used in the proper circumstances could result in a significant IHT saving. But, like the feeling of finding socks rather than an iPad under the Christmas Tree, after obtaining the relief in practice one can come away feeling distinctly indifferent.

Calculating the relief is potentially complex in any estate which includes assets passing by survivorship, settled property, or gifts with reservation. Such estates are not uncommon. This complexity is caused by HMRC splitting all these categories into distinct parts (or ‘components’), with each being able to qualify for the relief in their own right. But to work out if they do, one then has to apportion allowable deductions for IHT (except for the charity exemption) over each of these parts. This takes time and more money in solicitors and accounts fees, which can make the process start to feel less worthwhile.

Almost in recognition of this fact, HMRC gives the legal representative of each part (or component) the ability to ‘opt out’ if the costs/benefit equation doesn’t add up.

Of course, some estates will have large gifts to charity which will comfortably represent 10% of the net estate (all components included). However, these estates will still require the legal representatives from each component to ‘opt in’ to a ‘merger’ so that the whole net estate will get the benefit of the 36% rate. Again, more time and less benefit due to additional costs.

This is only the beginning. If the Will has a gift or gifts to charity, beneficiaries may decide that a Deed of Variation is appropriate in order to best reflect the deceased’s charitable wishes, with the reduced rate providing extra motivation. However, each of the charities they wish to benefit under the Deed will need to provide an acknowledgement of their gift under the variation in order for HMRC to accept that the reduced rate (and charity exemption) applies. This means more letters, more time, and once again it can start feeling less worthwhile.

But what about the effect of the relief on those people actually making their wills?

The relief is obdurate: a 10% reduction if you leave 10% (or more) of your net estate to charity; that means a 10% reduction when you leave 20% of your net estate to charity; and so on. In this way, HMRC could subconsciously influence the amount people leave to charity. I might walk in to my solicitors wanting to leave a sizeable legacy to some charities, but after learning of the way the relief works find myself thinking, ‘well if HMRC thinks 10% is a good amount, let’s just go for 10%!’

For those who like a good conspiracy theory, it is interesting that if one ends up leaving just 10%, instead of say 20%, that this works out much better for HMRC. The reduced rate of tax, indeed IHT in general, only applies to those parts of the estate that are not exempt. Of course, charities are exempt, hence .

If the relief isn’t arbitrary, then it is less likely the charitable wishes of the testator (or indeed the beneficiaries, if making a Deed of Variation) will be arbitrary, but instead reflect their true wishes. Not only that, but the cost/benefit analysis starts looking a lot more attractive so as to make the whole process more appealing.

Perhaps the charitable sector should start asking the Government (whoever it may be after the General Election) to take another look at this.