Gardner Leader SolicitorsCivil Justice Council: Is compulsory ADR lawful and should it be encouraged?

Civil Justice Council: Is compulsory ADR lawful and should it be encouraged?

On 12 July 2021, the Civil Justice Council (CJC) published a report, in which it concluded that compulsory Alternative Dispute Resolution (ADR) is compatible with litigants’ right to a fair trial under Article 6 of the European Convention on Human Rights (“Article 6”), and is, therefore, lawful.

The report defines ADR as “any dispute resolution technique in which the parties are assisted in exploring a settlement by a third party” [16]. It is important to note that the outcome of the ADR process is not binding; if a settlement cannot be reached, the parties may continue to seek resolution through the courts.

The question of whether or not parties can be lawfully forced to participate in ADR without their consent, without infringing Article 6, has been a contentious one for some time.

Most relevant types of ADR processes

These tried and tested processes offer a broad range of ways for litigants to explore their differences and many of them enjoy high success rates. The CJC considered, however, that more systematic regulation will be required for certain types of ADR in order to avoid controversy. For example, if mediation is to be made compulsory, mediators will be regulated to prove their professional status.

The report also speculates about the future use of online processes, including sophisticated AI tools which may proactively generate or suggest solutions.

In what circumstances, and at what stage, should ADR be imposed?

As unwilling parties can lawfully be required to participate in ADR, there raises a question of whether or not rule-makers or individual Judges should impose these requirements and if so, when? The pros and cons of ADR are well established but they do vary when one considers that litigants may well not be entering the process willingly.

In light of the above, it may be advisable to leave it to the Court or tribunal to decide if and when an order compelling parties to enter ADR should be made on a case-by-case basis.

The CJC has concluded that non-compliance with an order to engage in ADR should attract the same sanctions as, for example, non-compliance with an order for disclosure, which, at their most severe, may result in the striking out of the defaulting party’s statement of case. Although this is a strict sanction, it will encourage the parties to engage with the ADR process. Stringent sanctions for failing to mediate may seem illogical when the alternative may be for parties to not properly engage in the process and view the compulsory ADR as a box ticking exercise. The importance of active management by the Court of ADR is addressed below but it is important to highlight the responsibility of the Court to properly exercise compulsory ADR when the sanctions for failure are so severe.

Although there is the argument that mediation does involve its own extra costs, the fact that mediated cases are often settled on the day or shortly afterwards, will result in a large savings of both time and money for the parties. It is also important to note that even if mediation is not successful, the mediation process may narrow the issues for any subsequent litigation, meaning that the costs incurred by the mediation are still not disproportionate. Practitioners are well versed in the financial benefits of a matter being mediated but clients can often be less convinced at the outset of a mediation process. Ensuring that compulsory mediations can be conducted effectively and at proportionate cost will be hugely important to the success of the scheme. Compulsory ADR should be allowed to become a weapon which an affluent party can use to extinguish the resources of financially weaker opposition. It is important to note that litigants should not be required to engage in ADR which is a disproportionate burden on their time or resources.

Having considered the CJC’s findings, we are of the view that compulsory ADR will be largely beneficial; it will encourage parties to explore how their disputes may be resolved without the need for them to incur the (inevitably, much higher) expense and time of taking a matter to trial. It may also help to focus the parties’ minds on the strengths and weaknesses of their respective cases, which may ultimately encourage compromise.

Potential litigants often under-estimate how much a legal case can distract from day-to-day business so the Court facilitating and encouraging early resolution can only serve to have positive effects for litigants. In addition to this, without legal fees and the costs associated with a trial, it may be that some parties will benefit financially from an early settlement. It will also reduce the strain on an already stretched judicial system, meaning matters can be solved sooner and without as much delay.

Notwithstanding the above, those sceptical of the decision make a number of important arguments. For example, the role the Court plays in exercising the power of compelling parties to mediate will be a hugely important factor to the success of the roll-out. As unwilling parties can lawfully be required to participate in ADR, there raises the question of whether or not rule-makers or individual Judges should impose these requirements and if so, when? Clearly, not every matter is appropriate for ADR at the same point of proceedings and, no doubt, there will be professionals who say that certain matters are wholly inappropriate for ADR altogether. Therefore, for implementation of compulsory ADR to be effective, those enforcing ADR must have a detailed understanding of the matter before them and the personalities involved. Compelling ADR when it is inappropriate to do so, and the associated wasted costs and delay of justice, is a worse situation than no ADR at all.

For more information on how Gardner Leader can assist you, please contact our Dispute Resolution team. 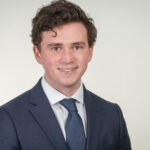